Looking Ahead: Your 2017 Toronto Blue Jays 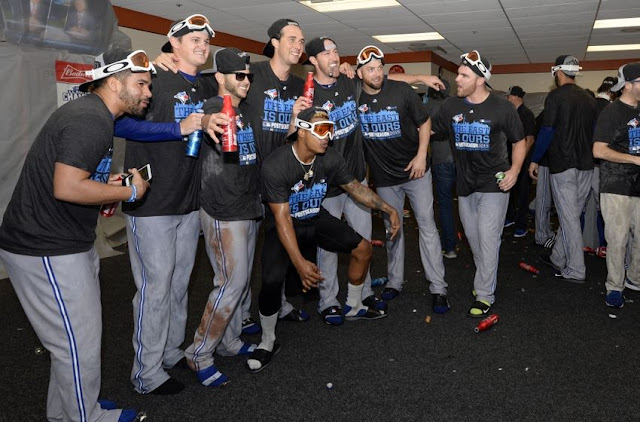 In my first series of posts at Jays In The House, I’ll move past the excitement (or disappointment) of the current season and take a look at the upcoming free agent class of 2017, spinning it from a Jays perspective. In part one, I will break down the Blue Jays committed contracts and arbitration-eligible players under contract for 2017, and in the second part I will look ahead to the free agent class of next summer. When analyzing the free agent market I’ll be working under the assumption that the Jays have signed none of their impending free agents as I feel like there will be plenty of articles focusing on these players and their contract situations.

As we can see here, we have 5 players on the wrong side of 30 for a combined $84 million. There are already a few important, aging players taking up approximately 60% of the *assumed* allocated budget for 2017. I can understand the tough position Ross Atkins and Mark Shapiro are currently in. The entire fanbase wants them to re-sign Joey and Edwin. Rogers wants them to keep payroll around $140 million. If the budget remains at the $140 million mark it would be very difficult to work in big contracts for one or both of those guys without creative roster management. Let’s look at some players with club control and try and fill out the 25 man roster.

In order to project the salaries of this group of players, we need information regarding the MLB Arbitration process. For a quick rundown on the process, Hardball Times has a good write-up, and MLB Trade Rumors has a list of 2016 arbitration projections, which is useful to use as comparables for similar players.

The Blue Jays are in a good position this year with their arbitration eligible players for one simple reason; service time. The way the process is designed, players will earn raises based on players comparable to you (performance) while in the same portion of their career (service time). Their first arbitration raise will greatly impact future earning potential. As a player gets older they will earn a substantially higher amount with the current system.

Baseball has shifted to a younger game, where many teams have the ability to construct their roster around cost controlled talent. The less service time a player has, the cheaper he will be, relative to performance. This will leave players cashing in on big free agent contracts in their post-prime years, while most of the prime years were given to the club that drafted/acquired and developed them at a discounted rate. Heck, even the Yankees didn’t sign a single free agent to a major league deal this past off-season.

2016 will be important for Atkins and Shapiro to analyze the contributions of their young pitching group, particularly Sanchez, Osuna, and Hutchison to determine what they can expect in the rotation in 2017. They need to know if Osuna will start or close long term. If Hutchison can get big league hitters out while staying in a hotel. If Sanchez can get lefties out and go deep in games. FanGraphs author Jeff Sullivan seems to think so. These three players will likely know where they are in the Jays long-term plans after this year.

At this point I would feel comfortable offering Stroman a bigger deal than the absolute steal the Rays got with Chris Archer (6 years at $25.5M, with club options on his two first free agent years for a total of $45 million, keeping him through his 33rd birthday) and try to proactively keep him in Toronto for a long time. From this group of young pitchers is where the Blue Jays will need to extract value to avoid paying a premium on pitching on the open market.

The part of the year that fans have been dreading all year. There happens to be two pretty talked about sluggers important to this team that are about to get paid. But you’ll hear about that everywhere else so I don’t want to make this about these guys.

There is about $63 million coming off the books, however the Jays may not have it all free to spend when factoring in backloaded contracts (Donaldson, Martin, Estrada, Happ) and some arb raises or extensions (Stroman, Osuna, Sanchez, Pillar, Colabello). As I mentioned in the intro, I will assume that the Jays re-sign none of their current free agents and will attempt to find potential replacement options elsewhere in tomorrow’s post.


The Jays have a lot of positions that will need to be filled one way or another. In the outfield, Kevin Pillar Dalton Pompey, and Darrell Cecilianni, plus prospects Anthony Alford and a faraway Vlad Guererro Jr., are the only players under control in 2017. In the infield, only Justin Smoak and Darwin Barney are not under club control.

The starting staff will likely see a lot of the same faces (barring trades, of course) minus RA Dickey. Hutchison in theory could fill that role, though you can never have enough pitching, so the Jays will clearly be looking for arms on the free agent market. While the Jays have some pitching prospects (Connor Greene, Jon Harris, Sean Reid-Foley) there are none that are displaying signs of being MLB rotation ready in 2017.

The bullpen is an interesting case. It is very votile year-to-year and it is ‘easy’ to fill in various ways. The main question will be whether Roberto Osuna will start or close. The Jays have had issues finding a reliable 9th inning guy for a long time. When you find something that works, why try to change it (Hat Tip to Smasher). Osuna has expressed a desire to close. The Jays, almost quite literally, have zero internal options to fill that role. In a brief sample size, Osuna has the make-up and stuff to be a dominant closer in the league. There are numerous examples of failed closer-to-starter conversion attempts. There are red flags with his delivery, his inverted W motion, not to mention his previous Tommy John surgery. The biggest predictor of future injury is previous injury history. To summarize, I would be extremely surprised if the Jays attempt to convert Osuna into a closer and therefore I will include him in the bullpen, as the closer, in 2017 and beyond.

The extremely early forecast of ‘team needs’ in 2017 include finding OF, 1B/DH types (again, assuming they don’t re-sign either player), a backup catcher, probably a couple of starting pitchers and a whole lot of bullpen shopping. Goes to show how quick bullpens turnover each year. Tomorrow I’ll look to identify potential options from outside the organization that could help the Jays in 2016 via trades or in 2017 as free agent signings.
Posted by Nego at 12:00:00 PM