The Art of the Walk (Up Music)

What does a player's Walk Up Music say about him? Judging by this list, in my always humble opinion, it says he has pretty terrible taste in music: 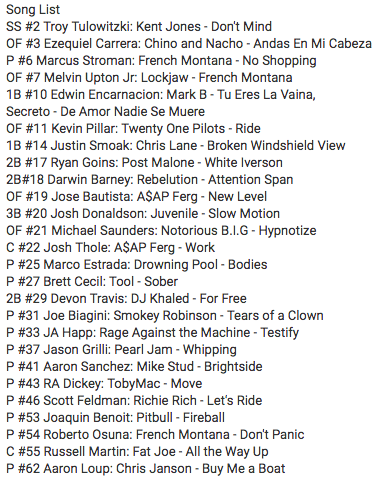 But hey, I'm an indie folk/rock kinda guy. And walking up to Matt Mays's "Cocaine Cowgirl" or some Joel Plaskett ditty might not fly well with the Jay's PR team.

Everything you ever wanted to know about MLB's Walk Up Music can be found in this great article: http://www.fanatics.com/pages/MLB_Walk_up_Songs

Like, did you know Ricky Vaughn's "Wild Thing" entrance music in Major League is largely credited at popularizing personalized Walk Up Music? Before 1989 stadium organists created each player's music. Great song and character, although I feel that movie was overrated. It's no Mr. Baseball! 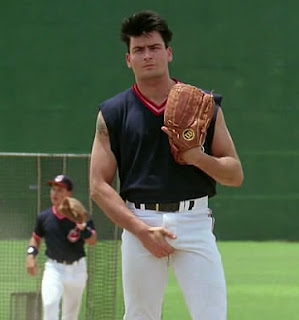 
What would be your Walk Up Song? Post in comments. No country. Or Blue Swede. That's the name of the Swedish band who covered B.J. Thomas's "Hooked on a Feeling". The version you know. Seriously.

Ed note: Since there's so many vids going up in the thread, I recommend changing your settings to Hide Media. This will allow you to easily scroll through the thread. The vids show up as links, so just click on the link to expand it and you can then watch the vid as normal.
Posted by MorganBurton at 9:00:00 AM