Or: How I Learned to Stop Worrying and Love the Dosh

(With profuse apologies to Stanley Kubrick)

After a 22 year migration we've been blessed by the return of that magical situation. To be totally honest though, 2015 was like a blitzkrieg of passionate joy en route to the AL East title.

2016 is shaping up to be more like a slow tease at the drive in while you're wearing long johns and extra thick corduroy pants. Pass the popcorn.

But Dr. Risley "How do I know if I have September baseball?"

If you've checked off three (hell...even two) of the above symptoms then congratulations my friend! You have meaningful September baseball.

And now a disclaimer :  This is NOT a survival guide. I had to hook you in SOMEHOW.

We all deal with September baseball in our own way.
Some of us :


I think we've all had this moment. 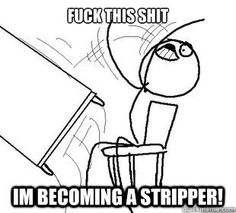 (c) The Wolf. Used By Permission

Time and your emotional make up will lead you to the path that is right...(except for Dabbles...he's NEVER right).

This is my best advice :

We all have that ONE friend.

We have a varied age demographic at the House. This feeling might be new for some of you. For those of us over the age of.. oohhhhh... let's say 45, this is old hat. A sexy, well worn, love it to death hat.

This is a quick (Ha!)  reflection on a golden period of meaningful September baseball spanning the years from 1983 to 1993.

From 1983 to 1993 The Jays were contenders and we had every legitimate right to think "Hey we could win this thing."

1983 ...Final record : 89-73 4th place...Ok so this doesn't look so rosy but up until August 23rd we were only 1.5 games behind. That was the start of a 4 game series against the division leading Shitbirds....We won the first one only to suffer three (3!) ball crushing, chew your arm off, slit your wrists extra inning losses in a row to them. That fucking dumpster fire of a bullpen! 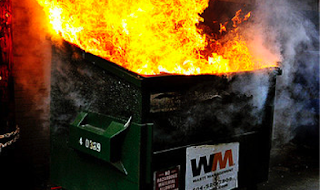 Wait...that seems familiar. Sadly it tainted the season and we fell out of the race, but to be honest the Shirbirds refused to lose.

The promise of 1984 loomed large. If the bullpen was decent we might win a LOT more games.

Highlights: Dave Stieb starting and winning the all-star game. Willie Upshaw being the first Jay to get 100 RBI's . Moseby and Barfield in the outfield . Some kid named Bell might get a shot next year.

1984...Final record : 89-73  Deja Voodoo But hey! 2nd place! Ok this season is the red herring of the 11 but a 35-5 start by your divisional rivals will skew your season pretty fucking quick. Again the undoing was the bullpen but we trade Dave Collins and Alfredo Griffin for Bill Caudill in the off season...Our troubles are over ...right?? Who's gonna play SS? 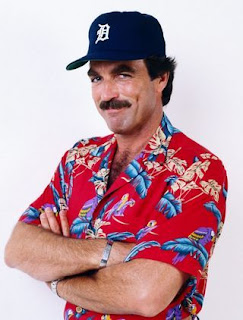 Year of The Tiger and some eye candy whichever way you swing.

Sadly Caudill's Juggling Skills Were An Indication Of His BP Contributions

We never trailed in the standings after May 18th...but there was drama ...plenty of it.

He sucks at play by play but what a warrior

September 12th...We head into the Bronx for a four game series up by 2.5 games....this place is a fucking zoo. First off, Mary O' Dowd butchers our anthem ...I'm sure that will never happen again. I mean the only thing worse would be some sort of disgrace involving our flag right?

Actually  we got off to a good start and had a lead until two Fernandez errors and some erratic BP contributions. I can't express the dread I felt as a 16 year old watching the outcome of that game. It's over.

From there on in we manage to get the lead up to 6.5 games but those vampire Yankees won't die and come into Toronto for the final three games needing a sweep to force a tiebreaker.

Friday Oct. 4th... The air is thick with delicious anticipation...we need just ONE win and the division is ours. The Ex is jammed with 47,686 filling it. Even the grandstand is almost full though what the actual fuck anyone sitting past centerfield saw is beyond me.

The game is a tight affair and we enter the 9th with a 3-2 lead and the Terminator on the mound. Nothing can go wrong, right?

The Shaker drops a routine fly and we lose 4-3. Fuck me! Maybe we will never win the division.

October 5th....A blustery cold fuck of a day with the wind gusting in from right field. Doyle Alexander is on the mound and there's a sense of growing nervousness gnawing at both the crowd and myself. TSN has graciously allowed CTV to carry their feed of the game and I actually get to watch instead of listen. Funny how things change, but back then we only had Sundays and Wednesdays for broadcasts.

Back to the game...that nervous feeling? We needn't have worried. The game chugs along with the Jay's building a 5-1 lead and there's a fly ball to Bell!! 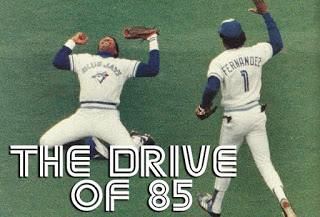 Ultimately we know how the rest of the season played out but with this talent we'll win the division every year right?