Running Up That Hill ( A Deal FROM God....Sorry Kate) OR Flops Lead To Swaps And Make Us Tops.... 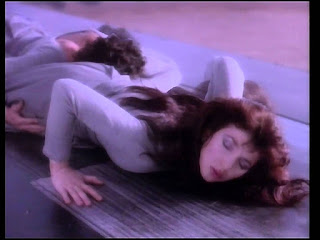 Searching For That Elusive Pennant


The debacle that was the 1989 ALCS meant that some changes had to be made....and some were. Lloyd and Ernie were gone...soon to be followed by Mike Flanagan.

1990... Final Record: 86-76  2nd Place...This is another odd year for a few reasons...I was in college and distracted from most of the season and the team pulled another passive aggressive stance. 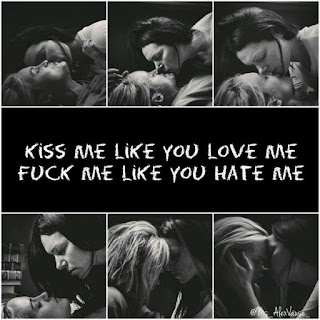 
With the loss of Moseby and Whitt the starting line up shuffles a bit with Borders taking over the bulk of the catching duties and Mookie roaming CF. Manny (Manuel...whatever the fuck) Lee is ensconced at second. Promising looking rookie John Olerud takes over the bulk of the DH at bats. His swing looks really sweet. Hopefully no one tries to mess with it ..*coughcoughCitocoughcough*.

The team actually gets off to a decent start with a 12-9 April and hangs around the lead in the East either up a game or two or down at the most by 3.5 for the next few months.

They Don't Come More Cringe Worthy Than This
Shitty Beer Too! Blechh!

They get it together for September and whittle the lead down a bit.

September 13th ....The Shitbirds come in looking for revenge and get it ....for the first game. The loss drops us to 4 GB and it's getting close to "stick a fork in us" time. But heeeeeyyyyyy here's some fun: Three consecutive walk off wins leave us at one game back.

We lose four of the next six but still head into Fenway up by a half a game.....annnnd lose 2 of 3.

The season ending series finds us heading into Baltimore down by a single game....sadly a series opening loss pretty much ends the season.

Wha' happened? Hard to say ...The starting pitching that season was iffy barring David Wells and Dave Stieb..The offense was decent..Pythag was 92-70.....oh wait...this might be something: THEY WENT  3-10 AGAINST THE FUCKING SUX!

Clearly this isn't working.....*pppssssst* Stand Pat ....you think mebbe you can do something about this ??


Yes this season was another coulda shoulda affair but it has ONE special moment that will always make it live on in our hearts....

September 2nd.... The Jays are at the end of a series in Cleveland which they are poised to sweep. Dave Stieb, in the midst of another strong season and an air show is on the hill. I'm at a corn roast getting shit faced.

By this point in the season I've kind of written off the team as done due to a six game deficit plus there was gonna be actual live wimmen at the corn roast....and beer ...did I mention beer?

I wish I could speak to the sense of drama unfolding...the building anticipation as the game wore on hitless inning after hitless inning ...but I DIDN'T SEE IT. Sometimes in life we make poor choices...I offer you one of mine. That day I struck out more than the Cleveland batters.

My one thought the next day scanning the Toronto Sun was: Sonfabitch! He DID IT!

After SO many near misses and in such heartbreaking fashions Stieb finally had it. THE NO HITTER. Baseball immortality. Watching the video of the final out seemed to humanize him in some way.

Late Fall 1990: Say friend how is your off season going? I'm just listening to latest Cinderella CD Heartbreak Station. It has some really cool songs on it ...check this one out!


The Title Has A Certain Ring Of Truth To It
I FUCKING Love Cinderella ....Seriously.

What's that you say? The Jays have made a trade at the Winter meetings? What? McGriff and Fernandez for Carter and Alomar?

December 5th 1990....That was indeed the case and at the time I didn't particularly like the trade as it seemed to me that what we sent to the Padres wasn't really the cause of our ills. It meant of course that Olerud would be at first full time....no worries there. Alomar seemed like a decent second baseman and certainly an upgrade on Manny Lee. Unfortunately Lee would be sticking around to play short. Ugh. Joe Carter troubled me...his stats looked kinda ....blah.

At first blush the deal seemed kind of....odd. And perhaps it still is.

Andrew Arnold at BlueJaysPlus breaks the deal down the trade using more in depth stats.

Also coming our way was Devon White from the Angels. See ya Junior Felix (however old you actually were). This was another head shaker as White had an offensively abysmal 1990 season with the Halo's. Hopefully he could catch the ball.

Only time would tell how this would all shake down.....

1991...Final Record: 91-71 1st place! Hey! The TRADE payed off! Sorta...We did end up winning the East and the team did look a whole hell of a lot better than the previous year but there were still...issues.

Pat Gillick has been quoted as saying that this was the best team he built...I'd debate that point based on the final outcome of the season but perhaps that's semantics.

The pitching was certainly a strength. It was downright dominating.

Key, Stottlemyre and Wells (as a swingman deluxe) all had very strong years. The bullpen was massive with 60 saves. Duane Ward accounting for 23 of them alone and another year of over 100 IP....might wanna slow down with this guy or he'll get hurt.

Unfortunately Stieb was largely absent due to injury so some reinforcements were required and Tom Candiotti was picked up from Cleveland on June 27th.

During 1987 Toronto trade 2nd base bust Mike Sharperson(RIP) to the Dodgers for minor league pitcher Juan Guzman on a flyer. Guzman pitched in the minors for three years until making his Toronto debut June the 7th. Considering who we traded him for I wasn't expecting much.

I'll give Gillick this : As the season unfolded we pretty much just marched on through the schedule. From June 16th on we never trailed in the standings.

But the DH position was such a sinkhole...so bad we even signed the corpse of Dave Parker later on in the season.

The team save for Carter didn't have very much pop.

Hoping to bolster the offense Gillick completes a trade with the Brewers for Morgan's man crush Candy Maldonado on August  14th. Perhaps he can add some power or maybe even contribute in some meaningful way further on down the road.

Does This Bat Make My Ass Look Big?

September 30th...The California Angels drop by for a three gamer and we drop the first one. Rebounding to take the second game all that is needed is a win by Toronto in the final game of the series and the division is ours.

October 2nd...We enter the ninth trailing 5-4 and California's closer Bryan Harvey is on to shut it down. Not quite...White gets on and some sloppy play allows Alomar to reach base and White to score. Alomar steals 3rd and scores on a Carter humpbacked liner up the middle. We're off to the ALCS again!


What? This Wasn't On Sportsnet One or 360 or Whatever?


Joe Begins His Ritual Of Jumping Jacks During Big Moments
Hughson Could Do Baseball Pretty Good Too!


Got Three Hours To Kill?

We'd be facing the Minnesota Twins....A team we went 8 and 4 against during the regular season. No worries right??

A key debating point in hindsight was starting Candiotti over Guzman in game one. Whatever the merits of that decision it's kind of odd when your knuckleball pitcher starts a playoff game and doesn't really throw any ...knuckleballs. We lose the first game but rebound to take the second game in a Guzman start.

Honestly we were never really in this series. Our strength the starting pitching let us down. Only Jimmy Key delivered what you'd call a quality start in game three and even then that was only six innings.

We go on to lose the series 4-1 and sit and lick our wounds all winter. I develop a theory over the winter as to why we don't do well in the post season: We're cursed.....fucking cursed. As you can see it's a well thought out and logically sound theory.

We need more pitching ...we need a FUCKING DH!!! I swear I'm going to give up on this team unless something happens during the off season to change my mind.....


Some Suggested Listening Material During My Brief Posts....Cue It Up Twice And Yer Good To Go!