Grate Expectations OR Stieb's A Lemon And I Want My Martinez Back...(No Apologies To Meatloaf) 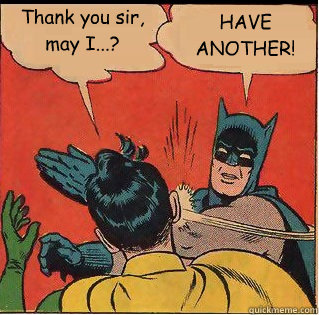 Robin Always Was A Whiner


As with anything in life once you achieve something you expect it to be readily on hand when you want it. Baseball however has it's own ideas.

Once the post season bloom faded the business of baseball marched on. First off Coxie jumped ship for another team IMMEDIATELY after the World Series (no tampering there eh?). But to give Coxie his due at LEAST his job was a promotion to GM.

"So if Cox's win total compared to mine was a Peter North money shot it'd go HOW high?"

It sucked losing Bobby Cox but at least the team was still largely in place and we all smugly thought 1986 would be a cake walk.....ahem....baseball.

One Last Piece of Coxie Love 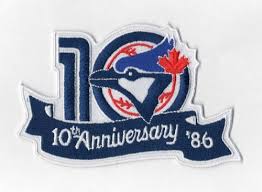 The team struggles for the first two months with pitching being the main culprit. Key, Stieb , and Alexander all limp out of the gate with only (spoiler alert!) Clancy being reliable.

Jimmy Key eventually rights the ship but Stieb has his WORST season as a starter and he even gets relegated to BP duty. THIS ....is not good.

As the weather warms up so does the team. In July we trade Doyle Alexander and Jim Acker to the Barves for Joe Johnson and some kid named Duane Ward. Johnson effectively takes over Alexander's spot in the rotation and goes 7-2 for the season.

At least the bullpen was solid...sort of. Jim Acker and Dennis Lamp stalwarts of  1985 decide to engage in self immolation and are largely ineffective. The emergence of Henke salves the pain somewhat but Mark Eichhorn really opens our eyes.

I Lub My Sub

By August 27th we have our shit together and travel to Cleveland for a double header which we sweep...this was memorable for a few reasons: First off BOTH games were televised on CTV and in the first game George Bell allowed us to go extras and eventually win by basically swatting an apparent game winning HR out of the air with his glove. Tom Henke garnered the save in BOTH games pitching a total of 2.2 innings (!). Do you think that would fly today?

We then go on to win the next 5 games and by September the 1st we're 3.5 games back of the Sux. Sadly we go into a malaise and by the 28th are down by 8 games at the start of a 3 game series in Fenway. We throw in the towel and start that kid Ward in the first game....it does not go well. Seventeen year old me makes a mental note that we'll never see that kid again.

Doesn't look like we'll ever win the division again either...

Seventeen year old me had the dumbs really bad back then....in fact I used one of these: 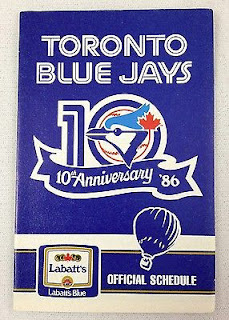 Remember these before the Interwebs?


With Apologies to MK...Tulo Who?

Maybe things will break our way next year...

1987...Final Record: 96-66 2nd place (sigh). This FUCKING team. You want a professional "go about the business of winning games" team? You got it. Unfortunately so did Detroit.

The 1987 team for some reason gave me a sense of calm from the start...no they didn't kick ass in a showboat fashion. Just a total machine dedicated to winning.

I find this season the hardest to write about....not so much for the agony of the last week but because they never caused me angst up till that week. They started steady and just kept rolling along.

Of course some there was some things along the way that made you pause for thought:

Of course the season turns out to be a nip and tuck affair ...The biggest lead we had was 3.5 games...so onto September....

September 24th....Detroit comes in for a four game series...this is huge to say the least.

The place is packed (42,436!) ...This is...a newer feeling for me...I'm 18 and despite hanging out with my friends learning how to drink, smoke, and talk to girls (guess which two arts I master) I'm still drawn to this game and have to check the radio constantly for a fix. You win baseball...I'm hooked it's like a drug or a feeling ...I'm...I'm...gonna offer this instead :)

The game goes our way barring this little bit of fuckery...

Yes we win that game but my stomach dropped to my balls hearing that take out slide on the radio...we'll be ok right?

September 28th.... MK's fave team drops by to finish our home schedule. These fucks fill me full of dread. Hands down OUR worst head to head opponent win loss wise. But we'll soldier on...of course we lose Ernie Whitt with cracked ribs in the first game....

October 2nd...Detroit ...We need to win this series...literally...we drop the first one..ok suck it up tomorrow right?

October 3rd...Mike Flanagan(RIP)...Ahhh Flanny ...he of quick sharp wit ...flown in to town on August 31st... when the player HAD to be in the home town before the end of the non waiver trade. Seriously.


I Think Ernie Sums Up The Last Week Nicely
Also Good To Hear His Voice ...Despite The Shit Outcome.

Perhaps (and with good reason) this might be the Red headed step child of seasons.....those over 45 quick ! What do you remember about this season? Yeah ...thought so.

I suppose we have the home opener: A 17-9 stomping of the Yankees...but to be fair we were so far out of it most of the year made Steven Wright (not the knuckleball pitcher) sound lucid.

As the season wore on we never got close but the final standings are deceiving...A six game winning streak including a sweep at Fenway left us at 2 games back in the end. Here is a modern day correlation : We get them back to 3 or 2 and it CAN be done.

Further reflections: Remember the opening day line up with Sil Campusano in center and Shaker in left pushing Bell to DH?...me either but it was a thing...Check out the first part of the opening day vid  23 minutes in.

Now it seems like we're just treading water but a good start next season and we'll be right as rain...right?

Yes...1989...The year of schizophrenia with our team...Where to begin? Well let's begin at the start ..Jimy was putting his foot down ...no Bell in the outfield...and Bell replied in kind : Kiss my purple butt. Jimy had many more asses to worry about. The team limped....outright died ...given up as a fan(because it seemed like they did) and written the fucking season off start of 12-24. Soooooo

Jimy was ahem...fired off into the Sun....Gillick wanted a dynamic proactive manager a la Pinella but settled for Cito Gaston...our hitting coach...really? He'll just sit on the bench and keep his hands in his pockets. Right Cito?

There's two schools of thought on managers: They either suck or are invisible....so fait accompli n'cest pas ? Ohhhh French!!!

For Bean : It's Just The Right Thing To Do


Cito dumps the unpopular status quo of the previous regime and lets it ride...by the ASG we are 42-45..not bad...but the REAL damage is to come. We finish at 77-49 under Cito and take the division ....The game is broadcast on NBC and would be THE last baseball game broadcasted by NBC.

Some highlights and reflections:

And Ernest Leo Whitt...Huzzah!!!
That Swing....Wow...Was Ernie a Pull Hitter?

But THE best prick tease...Remember THIS?


Or these?
Stay Gold Ponyboy..Stay Gold.

To be concluded....bring a meal the next time...