From the bat rack 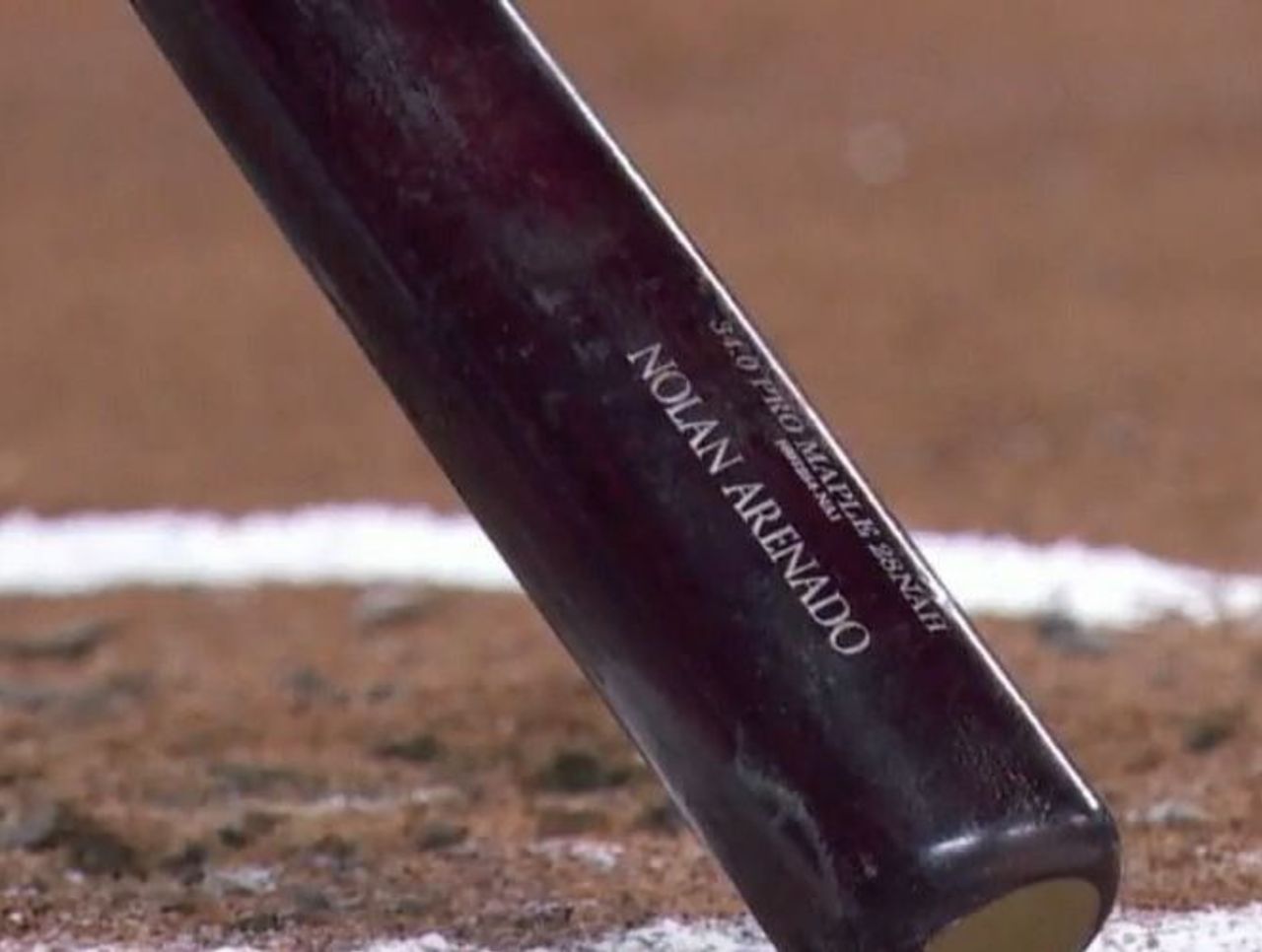 I don't know how it happened, man. One minute me and Nolan are chillin' at Coors. I'm drinkin' in that lovely dry air and that big blue sky. Next thing I know I'm being handed off to a giant meerkat. He's feeling me up, swinging me around.

Then Nolan says, "Troy, I've got a bunch. You used one of my bats in the playoffs and it worked well for you. Why not use this one and see if it helps?"

What? You've giving me to the meerkat? What did I ever do to you?

Thanks for nothing, Nolan. I feel cheap.

So I end up in the bat rack in the other dugout. The other bats look at me suspiciously. I don't blame them. I'd be doing the same if any of them came into my rack. They seem nice enough but none of them looked like me.

The guys coming to get the bats though...they were nuts. There was this guy that kept being called Superman. He looked like some ordinary guy but his bats assured me he could fly.

This other guy seemed really quiet but his bats had mixed feelings about him. They loved how much they got to hit and loved that he would sniff them. (WTF?) On the other hand, they complained a lot about how much air time he gave them. Some of them had been retrieved from the stands. They lived in fear of hurting someone.

Then there was this guy who was fierce, broad, and swore in a language I didn't understand. I knew two and this one sounded like a mix of both. His bats said it was called French, that he was a Quebecois. No idea what the hell that is. His bats were pretty happy though.

They were the ones closest to me. The others were characters as well. I could go on but really, haven't I said enough already?

Then there's this guy who always wore a mumu. He seemed to be the boss but I swear he had more than water in his cup. Dude was WAY too laid back to be normal.

I do have to say, the meerkat treated me well. The first time I got a hit for him, he was beaming when he got back to me. He caressed me and whispered, "thanks". He sure knew how to treat a bat right. Nolan didn't completely sell me up the river.

A couple of days later, I find myself in this place where sometime it was dark and sometime it was light. One of the bats told me there was a roof, which was the funniest thing I'd ever heard of.

There were bats there I hadn't seen yet. They were preening about how high performance and sexy they were, being made of maple and having an Italian name. They were feeling a little put out because they hadn't been used in a while. Quite frankly, they were obnoxious. After a couple of weeks, this guy with a beard and an attitude started coming by the rack and using them. They settled down a bit after that.

So Troy and I are going along and then one day I hear, "Hey Troy, can I try the Arenado bat? I could use some luck."

Troy hands me to the madman Viking dude who starts fondling me.

"Smooth, Troy. So smooth. No wonder you like it."

When I said these guys were nuts, this one took the cake. Bizarre hairdo and more intense than anyone else on this team. Considering Troy, bearded dude, and French dude, that's saying something.
He takes me up with him. I'm hearing these chants, letters. No idea what they mean. I work my magic and the crowd goes insane. I see him rounding the bases as the bat boy carries me back to the rack.