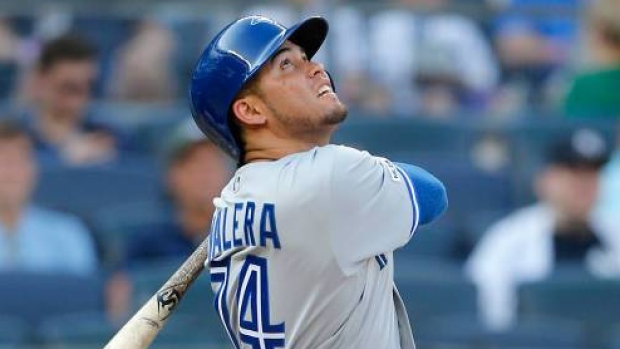 Breyvic Valera drove in the only run in a 2-1 loss in the second game of today's double-header against the Red Sox. The Blue Jays won the 1st game 1-0 on a walk-off by Marcus Semien