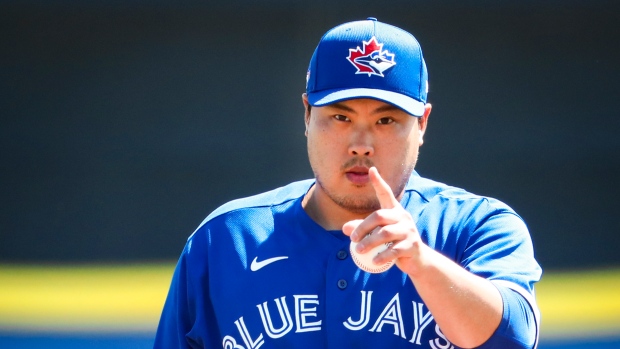 After a brutal loss yesterday due to an inept offense and the bullpen spotting the Tigers three runs in extra innings, the Blue Jays were looking to snap the three game losing streak. Rafael Dolis cleared waivers and was assigned to Buffalo. Hyun-Jin Ryu got the start, Reese McGuire was behind the plate, Lourdes Gurriel Jr. DH'd with Corey Dickerson was in LF. Could the Blue Jays snap the 3-gane skid? ere is today's game recap.