Shohei Ohtani (or is it Otani?!) 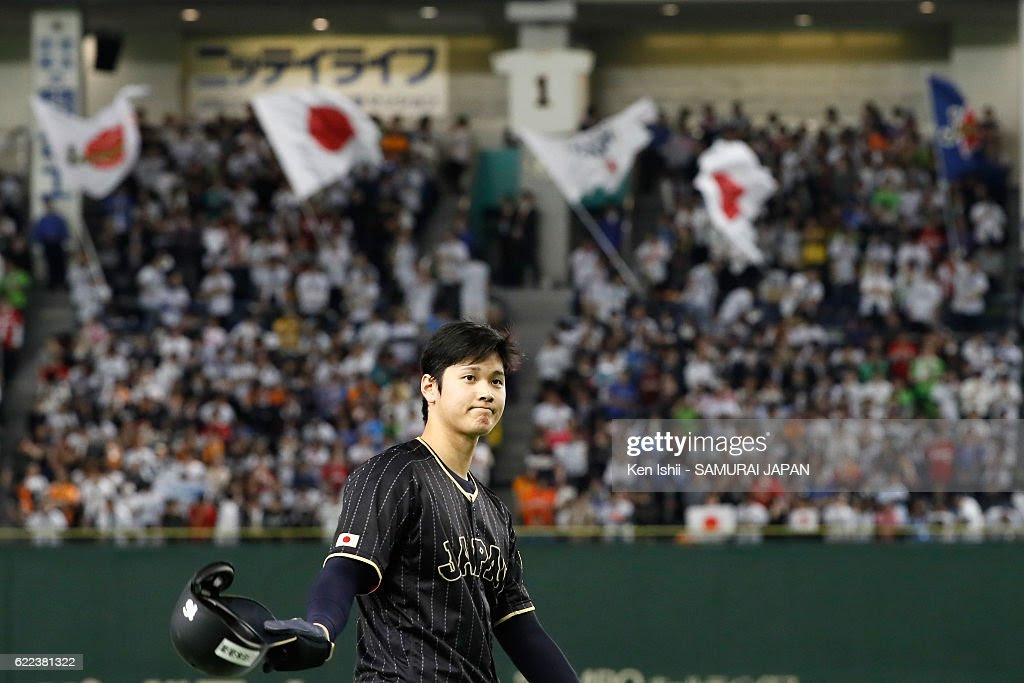 The Roy Halladay service yesterday (expertly covered here by our very own Lunchbox) likely has a lot of us feeling a bit down remembering a great player, Blue Jay and human. I thought today some might want to focus on some baseball news. Except, well, there really isn't any. Rumours, discussions and the like are all taking place, as is the norm for this time of year but there was one piece of news which may be of interest to some.

The Twins released one of their international signings, Jelfry Marte, after apparently failing his physical. The money allotted to him, now goes back into their international signing pool, leading some to believe they might be making a push to obtain the services of one Shohei O. (I'm not spelling his last name until I get confirmation its one way or the other, or both!). In the link above, it does mention that rather than going after Shohei, they could also trade those funds to a team who, quite frankly, has a more realistic chance of actually landing the superstar.

I for one can only assume that the Jays front office will poo poo the idea and Alex "AA" Anthopoulos will find a way to ninja trade/sign Shohei and do so with very little in the way of funds or prospects.