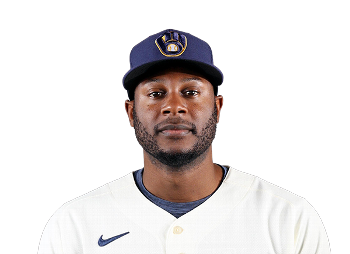 The World Series is over and it is time to shift focus on the offseason. This will be the first in a series of posts on free agents I think the Blue Jays should target. Toronto does not have a need at every position, so I will be focusing on where the Jays should add. Today I start with Lorenzo Cain of the Royals

Cain is a great defender. He committed just 7 errors all of last season. He also has a strong arm.  Lorenzo Cain has a strong chance to win his first gold glove this season. He committed the 3rd fewest errors in the AL  (7), had the most putouts as a CF (430) and was 5th in the AL in outfield assists (5). I see him replacing Joey Bats in RF on most nights and when Kevin Pillar needs a rest, he can shift to CF.

Cain played 155 games last season and 2 seasons before that he appeared in 133 games. Given the Jays luck with injuries, it is important to target free agents with few injuries in the past. Injuries will happen and I'm not saying that Cain might not get injured if the Jays signed him but history suggests that is less likely.

Historically, Lorenzo Cain has a high strike out rate. In 2017, Cain struck out 100 times in 584 AB. For a player who would likely be batting leadoff if the Jays were to sign him, this is not a good thing. You want your lead-off hitter to get on base most of the time.

Last season, Lorenzo Cain made $11M. Given who else is on the market and the needs of other teams it is likely the Jays will have to offer him a minimum of $20M. Bautista signed for $18M last season and Joeybats wasn't exactly in high demand.

Is Cain worth the price when you already have Pillar in CF and potentially minor leaguers such as Toescar Hernandez who could make the roster with a strong spring training? To me, it's worth the risk. Provided Cain is willing to accept a position change, having him at the top of the order will provide more opportunities for bigger innings. Also, having two speedy outfielders with strong arms can really limit the extra bases the Jays give up and help pitchers get out of trouble faster.

Email ThisBlogThis!Share to TwitterShare to FacebookShare to Pinterest
Labels: 2017 Free Agency, Lorenzo Cain, Toronto Blue Jays
opinionator777
I am a graduate from SFU with a major in psychology and a minor in Health Sciences. I am a huge advocate for children w/ Special Needs. I'm a huge Canucks fan. As well I love watching baseball in the summer. I have an 8-year-old Havanese-Shih Tzu
Newer Post Older Post Home