Off-Season Happenings, AA and the Braves, and the Trade Market 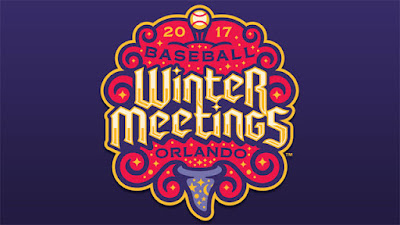 After an extremely compelling MLB playoffs, capped off with the second great World Series in two years, baseball news reports have shifted toward the end of season award voting and free agent rumors. A culmination of those rumors will lead to the start of the off-season each year, with the headline being the Winter Meetings held in Las Vegas from December 10th-14th. Vegas seems to be the real hotbed place in sports right now (with Houston being right there was well) with the Golden Knights getting off to a great start, Da Raiderz about to roll into town, and whispers about bringing an NBA team there as well. I'm not sure how feasible an MLB team would be, but Manfred has called it 'an option' and I doubt the MLB would like to be left in the dust behind the other big 4 sports. There is some food for thought though if they get plans going on a stadium anytime soon I would think it could be a serious possibility.

Since George Springer has finished launching baseballs into the Los Angeles skyline, there has been some minor movement in the baseball world. Mariners GM Jerry DiPoto has made his first, and surely not last, trade of the off-season acquiring first baseman Ryon Healy from the Athletics. Matt Olson really came on strong in the last half of the year, emerging as what appears to be a fixture at first for the A's, making Healy expendable.

Alex 'AA' Anthopoulos has found a home, taking over a weird situation in Atlanta with a bunch of penalties for international spending handed out, potentially losing top prize prospect Kevin Maitan. I can see why AA eventually settled on Atlanta, as there may not be a more enviable position in the game right now. They have a new stadium, solid fan base, and the ability to raise payroll quite a bit as they have minimal money committed long-term. I can only really think of Matt Kemp and Nick Markakis as big contracts on the current roster. As for controllable players and prospects, boy oh boy do they have those. You could start with the middle infield tandem of first overall pick and local kid Dansby Swanson and Ozzie Albies. Or there is Minor League Player of the Year and BA Top 10 prospect Ronald Acuna, with more upside than just about anyone in the game. He is probably ready to take over in center field as early as this year, depending on what they have planned with Ender Inciarte. Young pitching? Yeah, they have that too. The first wave of prospects has gotten action already, with 'veterans' Julio Teheran and Mike Foltynewicz leading the pack at age 26. Among that group is Lucas Sims, Sean Newcomb, Max Fried, and Aaron Blair. Ian Anderson and Kolby Allard are both high upside arms that aren't terribly far away from the bigs, and AA heavily scouted Canadian Mike Soroka from his time in Toronto, and was linked to him in the 2015 draft where he went 28th (one pick ahead of Jon Harris, who the Jays took at 29th). They also have Luiz Gohara and 2017 5th overall pick Kyle Wright. Just an absolutely stocked farm system, especially with impact arms. Hmm, am I forgetting anyone? Just feels like I am. Perennial MVP candidate and (honorary?) Canadian Freddie Freeman has a permanent home at first, so long as they aren't trying to shoehorn him into 3rd to get Matt Adams and his 1.6 WAR into the lineup. This wasn't supposed to be about the Braves, though I do see some resemblance to Houston from a few years ago, except with better pitching. 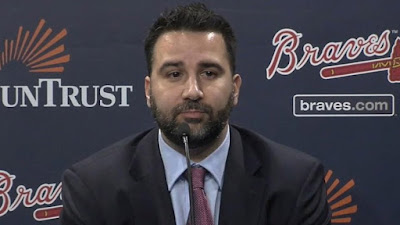 So it turns out Atlanta was heavily penalized for whatever rules they have allegedly broke, losing a ton of prospects that the previous regime has signed in the international prospect pool. Top prospect Kevin Maitan is the key notable piece that they lose, and he will surely be a consolation prize of sorts to the Otani (Ohtani?) sweepstakes. Obviously just about all of the 29 teams are going to be involved in these, and they can all sign in December. It should be a busy month in the baseball world. For more information on all the prospects, Eric Longenhagen summed a lot up on FanGraphs. For the record, the Jays should be interested in pretty much each and every one. It's a unique situation where some players have seen their stock rise and fall since they were originally signed. Now back to the Braves, there has been a lot of negative publicity surrounding them lately but I still think they have a great situation to step into. If after a couple of moves they have any type of success, 'AA' will look like a ninja genius. I'll do my best Ben Reiter impression and say that the Braves will be World Series champs in 2020. I think they have money to spend and a solid, solid, core of prospects to build around. There are simply too many high upside arms for them all to bust, though position players do tend to be a little safer to develop. Lucky for them, they have those too.

I'll save my winter meeting ramblings for another post, but I'd like to briefly talk about the Jays outlook on the off-season. The next two off-seasons (barring a bunch of major extensions) are much deeper and they are packed with a lot more high-end talent. Now obviously a big piece of that is Josh Donaldson, who is entering in his final year of his contract in 2018. He is a major cornerstone piece of the franchise and priority 1, 1A, 1B, C, D, and E this off-season. I think it would be extremely wise to either sign him before the season or trade him this off-season. As he enters the season and plays more games, the Jays are taking on a lot of risk. As his control ticks away his value will decrease by the game, and there is also risk of injury or a drop in performance. JD Martinez has been a legit top 10 hitter in the game and got traded at the deadline for peanuts. Obviously they will be engaged in talks during the off-season, so they will have a pretty good idea of what it will take to sign him. If they feel like they really can sign him mid-season than I guess it would be OK to see how the season shapes up, and make a decision later, but that is very risky. Losing him for nothing would set this franchise back a couple years and would be the worst case scenario. I'm not saying that we shouldn't sign him - in fact I'd lean towards signing him this off-season. If you're not going to give him the big bucks, than who are you going to give it to?

Outside of JD, I think the Jays will be extremely active in the trade market. The free agent market is very bleak this year, and we're not a couple pieces away from being a contender in 2018. The true window for this team will start to open around 2020/2021, when the next wave of prospects start to emerge as every day big leaguers. So with that in mind, I think the Jays will swim in the shallow end of the free agent pool, focusing on speed, positional flexibility, and of course pitching depth. They will likely make some small pacts in the one to two year range as placeholders while they merge some of the young talent in with the current core. I could see them being interested in guys like Eduardo Nunez, Jarrod Dyson, Cameron Maybin, and potentially Neil Walker. If they do decide to make any big splashes this off-season, it would come via the International Market (pipe dream) or via trade (I could see one of Stroman or Sanchez moved) and of course, the biggest splash of all, the Josh Donaldson decision. I'm quite confident in the direction of our management team and December should shape up to be one hell of a month for baseball activity.