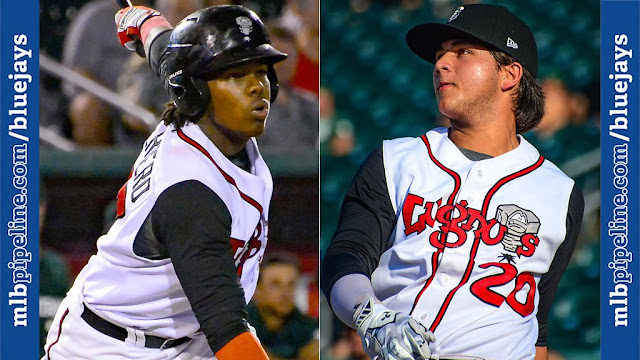 Now this post may be controversial, depending on what side of the fence you sit on regarding your 2017 Toronto Blue Jays ballclub, but after Friday's devastating 9th inning collapse to what we can only call Kansas City Royals baseball, there was some debate regarding the potential trades of two of our biggest assets: Josh Donaldson and Roberto Osuna.


Josh Donaldson + Troy Tulowitzki return this weekend. When will the Blue Jays decide to buy or sell at the deadline? Here's the GM's answer: pic.twitter.com/vV1UdFehuM
— Arash Madani (@ArashMadani) May 24, 2017


That is a quote from May 24th (happy 2-4 weekend) by Ross Atkins regarding the position the team will take at the trade deadline. The team was 5 games under .500 on that date, with Josh Donaldson and Troy Tulowitzki set to return from the DL to provide the team with an additional spark. It is now June 26th, essentially one month from the day of the quote. The team has went 15-13 during that stretch, and now sits at 3 games under .500. They are playing like a .500 team, yet haven't been at or above that mark since Opening Day. They have failed to 'go on a run', and are about to face a very important upcoming slate of games against top American League teams - and Baltimore. The results in the coming week or two will help furthermore illustrate the direction of this team. Make no mistake -  if they can't rattle of some wins soon, and I mean real soon, than the division will have gotten away from them.

Now onto the fun stuff. Should Atkins decide to look to the future, there are extremely desirable assets that could bring the organization an extreme amount of young talent. Let's start with Donaldson. I won't argue on if we should trade him, but rather, what we would get if we do in fact decide to trade him.

I doubt the Sox would consider moving Devers to a division rival, and I wanted to stay away from simply naming him and Jason Groome. Dalbec is a pure power hitting third baseman, fresh out of the University of Arkansas. Tanner Houck was linked to the Jays with their two picks in the first round this year, so I think he would be the key piece in any deal if we did end up making one with the devil. I would, however, prefer to move Donaldson as far away from us as possible

Now, I must say, this would be a huge haul. St. Louis is actually in a similar position as us, standings-wise, so this would be a major risk on their part. I think we would actually have to add to obtain this package, maybe a guy like Marco Estrada or Steve Pearce. St. Louis has a clear hole at 3rd, and if they want to try to compete with the Cus in the NL Central, than a major splash is required. Alex Reyes has legit ace, best pitcher in baseball type potential, and without him having Tommy John surgery, he would have never been on the table. But alas, he has missed a year of development with a visit to Dr. James Andrews, so therefore comes with inherent risk. Carson Kelly is probably the top catching prospect in baseball, and St. Louis recently extended their clubhouse leader in Yadier Molina. The Jays would acquire the heir apparent to Russ Martin in this deal.

This is a favorite of mine, as I have always viewed LA as a very viable destination for Donaldson to go. Alex 'AA' Anthopolous would have the distinction of orchestrating two trades for Josh Donaldson. Hopefully this one ends up in the Jays favour as well. Some of you may remember last year I posted about a potential Donaldson for de Leon/Bellinger package that got flamed and shot down pretty hard by the community. Bellinger veraciously swings at the ball like he caught it in bed with his girlfriend, and is now obviously untouchable with his record setting performances this year. de Leon is now with the Rays in one of the better trades of this past offseason. This package has two incredibly high bats in the outfield and a pretty good on-field replacement in Justin Turner. The Dodgers do really like him, and might prefer to keep him and shift him to second, so this is just pure, baseless speculation on my part. Julio Urias is another interesting name, who was previously untouchable. Like Reyes, he is having season ending shoulder surgery, which always lowers the value of a pitching prospect. I'd probably prefer to take the two guys who are pretty likely going to hit at the big league level.

Now onto Osuna. Jays fanbase appears split about the thought of moving Osuna, probably with most preferring to keep him. There is one team in particular, with one key missing piece that I feel has a ton of pressure to win a championship before losing a franchise player and one of the best players in the game via free agency. The Washington Nationals are arguably the best team in baseball, with the top duo of starting pitchers in Max Scherzer and Stephen Strasburg, paired with the legitimate MVP candidate, Bryce Harper. The line-up essentially has no holes, all the while having a glaring hole in the back end of their bullpen. It is the clearest need in the game today, and I think the Jays could potentially be in a position to capitalize on that by negotiating with an extremely valuable asset in Roberto Osuna. The Nats have been linked to David Robertson, who is older, more expensive, and a clearly worse option than Osuna is currently. If you want to acquire a closer, why not make the move for the better option and stabilize the position for the future?

As for the deal, Victor Robles is one of the top rising prospects in the game today. He is a five-tool guy with virtually no weaknesses in his game. I sort of compare him to Nomar Mazara, in that he will have a pretty safe ceiling because of how advanced he is for his age. I value Robles on par with a guy like Vladdy Jr, and having two of the best prospects in the game is something the Jays as an organization have never had. I'll put out two options:

I would trade Osuna straight up for Robles. I'm not sure most would, but I wonder if either team would actually do that. It's a classic example of two untouchables, who all of a sudden could be moved for each other because of team needs and competitive windows. I think it makes sense for both sides.

Glover is Osuna-lite, and I actually doubt the Nats would move him. An 8th/9th inning combo of Glover to Osuna would give them two young and electric back-end of the bullpen arms. If Robles isn't included, I would insist on Soto and Glover, and try to add to Osuna to include Fedde in the package. A guy like J.A. Happ or Marco Estrada would help bolster the Nats rotation down the stretch, or a guy like Jose Bautista would further deepen the Nats line-up while moving over left field to accommodate Harper.

Why not re-unite Jose and Edwin? The Indians could use some outfield depth. It would give us a team to bandwagon in the meantime, at least.

While we are trading some of these assets, another thing that we are doing is clearing payroll room. Obviously Russell Martin and Troy Tulowitzki are going to be difficult to move, and I think they both bring enough veteran leadership to help guide the team, should they decide to rebuild. They also play important, premium defensive positions, so they would help stabilize the team defensively, while providing what they can at the plate. With additional payroll room, the team can attract free agents to fill holes while trying to remain competitive while stockpiling assets. The Jays are not a low budget team and could strike in some of the higher end free agents as the young talent transitions into full-time major leaguers.

A look at what a potential 2020 Blue Jays team could look like minus free agent acquisitions, with some crazy hypothetical trades that I conjured up as a starting point. Just for kicks:

That would provide the organization with a ton of young, cheap controllable talent. I firmly believe the game is shifting younger and younger, where championship teams are built through astute drafting and trading. The Los Angeles Dodgers have the highest payroll in baseball, yet their two best players still make under a million and haven't made a trip through arbitration yet. These trades would clear up a ton of money to attract free agents, build a bullpen, and fill in holes as they see fit. Obviously some of these trades are unrealistic, and not all prospects pan out, but the Jays already have a better farm than some give it credit for. Sitting on the fence and not buying or selling is how you get stuck into mediocrity, where making the playoffs is considered a success. I don't think this is the team that is missing a piece or two to win the World Series. Trading some of these guys in a middling year would add top-tier talent to the organization that would help build on what Shapiro and Atkins are trying to do: building a consistent, sustainable winning baseball team.