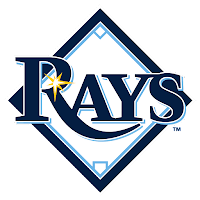 Oh look, it's the pesky Rays starting a farmhand. Would be nice if we could beat up on one of those for once.

Of Note:  The dome will be open tonight. Pearce is rehabbing in Buffalo, Sparkman in New Hampshire.

Devon Travis underwent a procedure today in NYC that "cleaned up the cartilage" in his knee, Gibbons says. No timetable for return.
— John Lott (@LottOnBaseball) June 13, 2017

This is your game thread: "Sting the Rays" Edition.