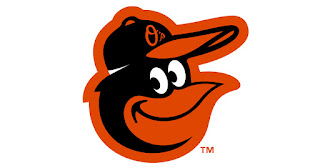 We have a slightly better record at home and the O's rotation has been imploding on a historic level so GET SOME DAMN RUNS.

Chris Smith missed a month over April/May but has been healthy since. Been a season of splits for him so far.

From a prop plane to first class, my long-winded piece on the incredible journey of @c_smitty5 to the #BlueJays: https://t.co/wm2EZTLD88
— Alexis Brudnicki (@baseballexis) September 28, 2016

Jason Grilli not in the #BlueJays clubhouse when media allowed in. On what was where his name plate hung is written "Stay in the fight"
— Hazel Mae (@thehazelmae) June 27, 2017

It's only been about a year but there were so many incredible memories made in and with #Toronto...🙌🏼💙 pic.twitter.com/No0tZWBp7P
— Jason Grilli (@GrillCheese49) June 27, 2017

#BlueJays will be celebrating National Aboriginal Day prior to today's game. (Annually held June 21, but Jays were on the road then).
— Keegan Matheson (@KeeganMatheson) June 27, 2017


This is your game thread: "Damnodaa" Edition.