Some of you may be unaware that of something new will be happening this year at the old ballpark. According to a memo obtained by yahoo sports, players will be allowed to personalize their uniforms.

"Major League Baseball will relax its uniform rules for a weekend later this season, allowing players to put nicknames on the back of their jerseys, wear fluorescent-colored shoes and personalize a patch paying tribute to someone instrumental in their development"

The event called The Players Weekend, is planned for the August 25-27 weekend and has the blessing of  the MLB and the MLBPA.

"The jerseys from the weekend will be sold by MLB, which will donate the proceeds to the Youth Development Foundation, an initiative on which the league and MLBPA work together."

Who do we think which Blue Jays players might participate by wearing their nickname on their jersey ( in the interest of charity)? And what should they put on the back of those jerseys?

"Each jersey will feature a patch with space for a player to personalize it by “writing the name of an individual or organization that was instrumental to his development,” according to the memo." 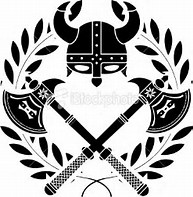 What are your suggestions to the players for either their nicknames or what to put on their patches?