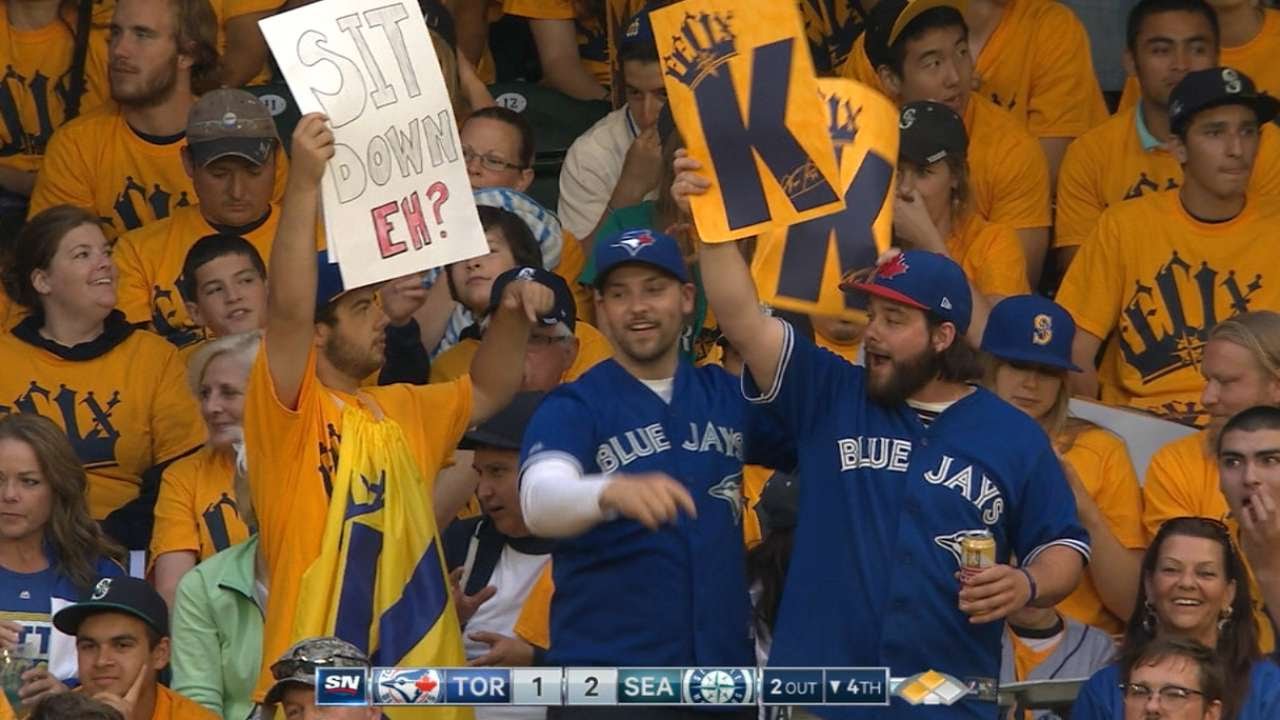 The annual invasion of Seattle by Blue Jays fans in Western Canada is upon us. I'll share a few stories here. Feel free to share your own stories if you've been there.

Ian Hunter has written an intro piece for this year's series.

CBC piece about price hike for tickets this year.

Sun piece about the upcoming series.

A piece from The Seattle Times on the eve of last year's series.

Someone wrote a piece on Reddit after last year's series.

And a choice quote from a Mariners fan:


And then it's the series we're all dreading, the fucking Blue Jays and all of their British Columbia fans who invade Safeco like the world's drunkest, surly-yet-polite army of awkward white weirdos. After the Jays "got right" and swept the Mariners in Toronto last month, I cannot overstate how much I want some payback in the form of brutal, demoralizing, position-player-pitching blowout wins by the Mariners. Fuckin' eh.