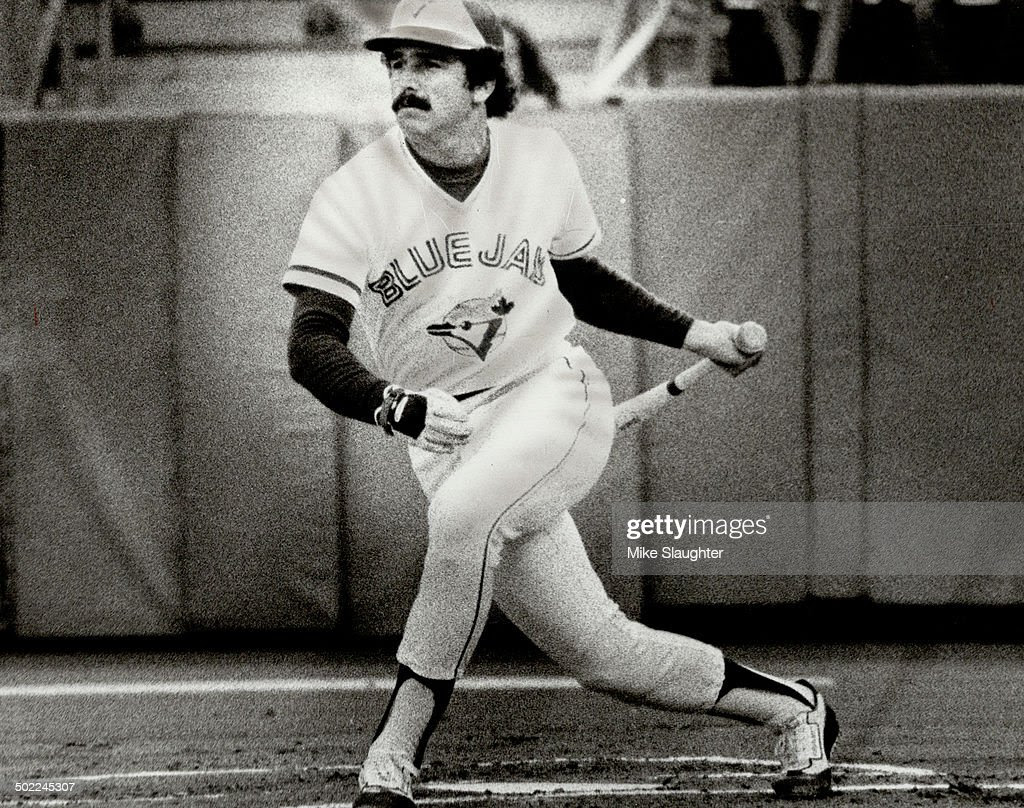 I was a kid when the Jays came to Toronto. I remember the names Roy Howell, Dave McKay, Doug Ault, Bob Bailor, and Pete Vuckovich but the first player that I can see in my mind is Rick Bossetti.

He wasn't the greatest player but he played hard, was flashy and a prankster. He grabbed the imagination of the fans, who called him Hot Dog. What I didn't know as a kid was his habit of watering the field. During the game. Or that he hated clothes (something I can totally relate to.)

But I knew he painted eyes on his bat and ran like a madman and just had so much damn fun out there in centerfield that it was completely infectious. It was such a dismal season that he shone like a beacon and gave you a reason to come to the ballpark.

Thinking back, I now really get why the kids all love Kevin Pillar. Bosetti had the same knack for the big catches and the hard as nails baserunning. And yes, the same challenge at the plate. He was just plain fun to watch.

He was man-about-town (he actually lived in Toronto year-round): Had no trouble hanging out with ground-breaking beat reporter Alison Gordon, unlike a lot of his teammates: Note the beer.

Baseball Hot Corner did a great job following up on him after Gordon's death last year, prompted by this photo. After he left baseball in 1982, he started his own tech business and later got into politics, becoming mayor of Redding, California and running for state congress.

He's currently General Manager of the Redding Colt 45s, an independent summer collegiate league team that manages to play most of their games at home. In his time as GM, he's done major renovations to their 91-year-old stadium and brought in private security to patrol the area around the park, something the residents seem to appreciate.

Not a bad second and third act for the most memorable player of the expansion years.
Posted by MK Piatkowski at 12:00:00 PM