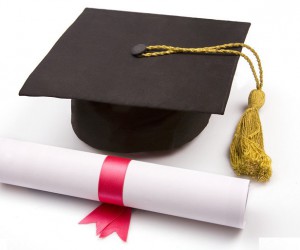 Please note that this paper is being introduced only for study purposes and anyone that is not well versed in the field of 'Sports Fan Psychology' can definitely seek their own help. Let's begin.


Studies have proven that at least 99.9 percent of baseball fans were born at one time or another except for the caveat of baseball fans in Boston, Massachusetts where the figure drops to a somewhat odd figure of 23 percent. We also must note that we left Baltimore out of the study completely due to continuous communication errors on their part. Here are the findings in no particular order and please note for today, we will only deal with the junior circuit, commonly known as the league of baseball that makes sense. 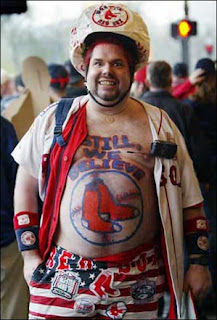 1. Baltimore- See above or send money to their loved ones.

2. Boston- This is a big one. I'd like to think during the study that maybe it was just a bad day in Boston. I am not sure but it must have been St. Patrick's day as not a word was understood except for chawder and Brady didn't do it. The questions were mostly filled out on bar napkins in hopes that someone would answer.

3. NY- Yup the big smoke. The fan's there were somewhat divided being it is a two team city. It depends on what position either team are in come August. Obviously Mets fans shower more but Yankees fans are the king, just ask one.

4. Tampa Bay not Devil Rays- Most of the answers came back in French Canadian.  Como te our home. We found most of the locals were shocked to hear there was an MLB team in their town.

5. Toronto- Couldn't get much info there. Most fans are bitching about somebody named Darth Shapiro and raving about a hockey team in the middle of a 40 year rebuild. Tough to say but those results might be skewed. It is also important to note these fans are a favourite click bait target of certain baseball writers.

6. Detroit- Awesome fans even though none of them actually live there due to the fact the city hasn't existed in 20 years. A little side advice: Check your car trunk and luggage before heading back to the Canadian border.

7. Chicago- Another two team town. Strange town in that most of the fans are on board with the team that hasn't won a World Series since woolly big elephants roamed the plains.

8. Cleveland- Good fans but seem so sad all the time. Hug them whenever you get the chance. Note: Don't leave your wallet in back pocket.

9. Houston- A couple reasons the study fell through here is it is too hot to care about anything and why the hell did they decide to get good in the AL? Nothing makes sense here as quoted by the fan laying in the parking lot.

10. Kansas- To hell with Kansas, they don't have phones and who wants to fly there, wherever it is...actually include them with Baltimore.

11. LA of Anaheim, Anaheim of LA, California of USA of...Blah Blah. Fans there seem like they don't give a shit about anything but spending money on the next big thing. They don't even know why. They want the most expensive thing and that is all that matters.

12. Minnesota- Almost like Canadian fans, just not as smart. Also, some like to cheer for teams in Manitoba and we still don't know what that means.

13. Oakland- Everyone in this town is, has, or will be on drugs. They look over at the pretty city and say 'one day they will let me in'. Fans are great though..just high.

14. Seattle- They just didn't care and that is written on the flag in their beautiful ball park. Good coffee, nice whales. Have you heard they have a beautiful ballpark?