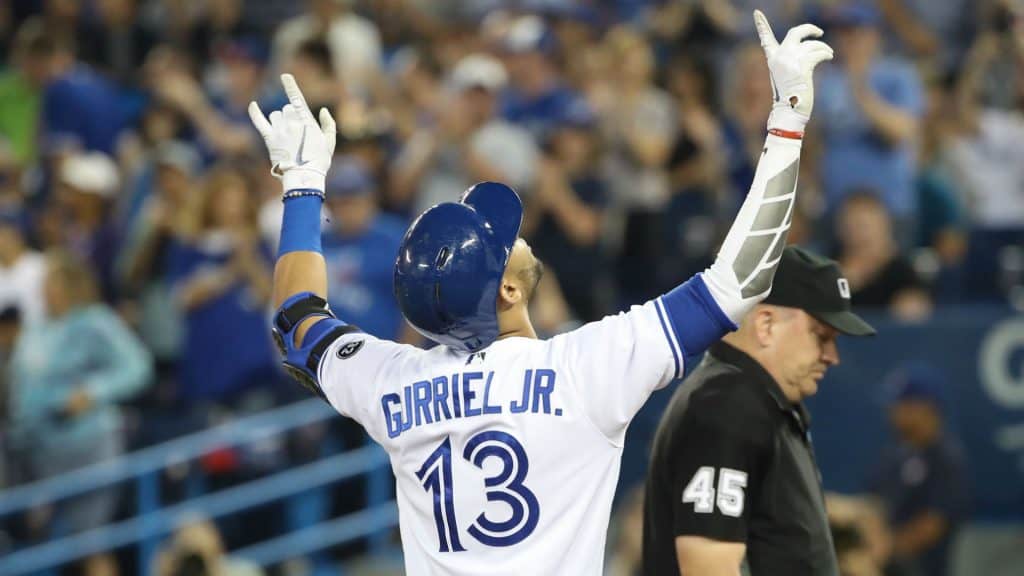 After a thrilling weekend where the Blue ays took three of four from the Orioles including 2 come-from-behind wins and a 22-7 shellacking, the Blue Jays returned home for what will essentially be a 14-day home and home series against the Rays and Twins with series being played a week apart. First up is the Rays, who are likely going to be the AL East champs. The Rays have won 8 of the 13 games in the season series thus far, outscoring the Blue Jays 62-53. Lefty Ryan Borucki was recalled from AAA with Trent Thornton being optioned back. Alek Manoah got the start with Alejandro Kirk behind the plate. George Springer was back in the lineup as DH after the day off yesterday. Vlad was back in the field after a half day off as DH yesterday. Randal Grichuk was in CF and Breyvic Valera was at the hot corner. Could the Blue Jays make it 4 straight wins? Here is tonight's game recap.