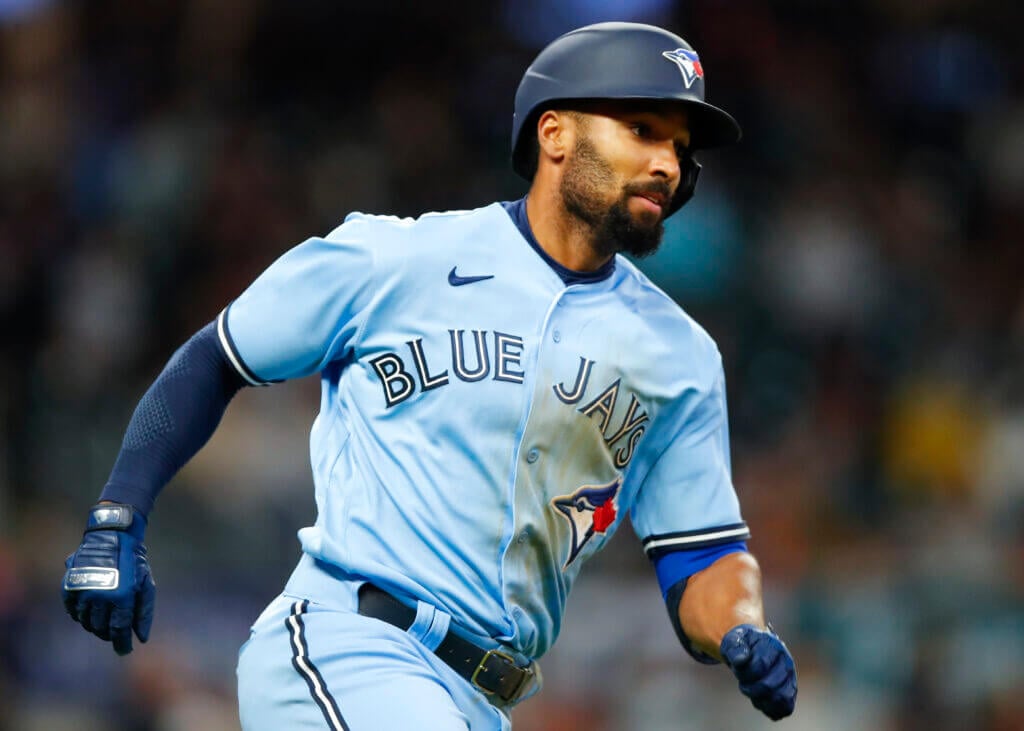 After barely taking 2 of 3 from the lowly Baltimore Orioles, the Blue Jays opened up a crucial weekend set against the A's, who are three games ahead of the Blue Jays and 2 games back of the Red Sox for the 2nd WC spot. The A's and Blue Jays split the 4 games in Oakland with the Blue Jays outscoring the A's 24-17. Jake Lamb was claimed off waivers. He hit .212 with 6 HR and 13 RBI in113AB over 43 games. Brad Hand was claimed off waivers by the Mets. Hand was 0-2 with a 7.27 ERA in 11 appearances for the Blue Jays. Connor Overton was DFA'd. Kirby Snead was added to the roster. Alek Manoah got the start with Alejandro Kirk behind the plate. Kevin Smith was at the hot corner. George Springer was DH with Lourdes in LF, Randal Grichuk in CF and Teo in RF. Could the Blue Jays make it two wins in a row? Here is tonight's game recap.