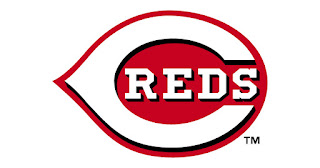 
Former first round pick (2010) Wojo was part of the 9-player trade that brought JA Happ to Toronto. Expect that to be talked about ad nauseam tonight. People (including me) were high on the kid so I'm looking forward to seeing what he has become. Hopefully good but not too good. Since blowouts are usually followed by a low-scoring game, expect this one to be a pitchers duel.

Although...Gibby is rolling out the same lineup as last night, so who knows?

Rumour has it that JA will be held to 75 pitches.

Of Note: Domince Leone was, as expected, sent to Buffalo to make room for Happ.

Liriano has been announced as the starter for Friday's game. No more Bolsinger! Unless he pitches a no-hitter tomorrow, that is. Gibby said today that Pearce is still a few weeks away.

Speaking of former prospects, card-carrying member of the Lansing 3 Justin Nicolino is pitching tonight for the Marlins. As their write-up says:


Nicolino is making his third start, and first since May 19. The lefty is striking out more, eight in 10 innings, but his walks per nine innings is 5.4. It was 2.3 last year. Opponents are hitting .263 off his cutter.

Tonight he faces the Phillies, who have gone 2-8 in their last 10. Enjoy, kid.

This is your game thread: "Forgotten how much fun ass kickings can be" Edition.