Why the Jays Need to Add 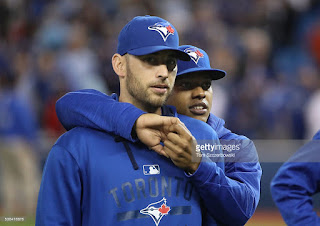 Your lovable Toronna Blue Jays are two games out of first place and they just won 8 of their last 10.
Last year widely regarded as one of their best in two decades saw the Jays at one time sitting 50 and 51. Your Boys are currently sitting at 51 and 40. Get the fuck out of your seats and start clapping. 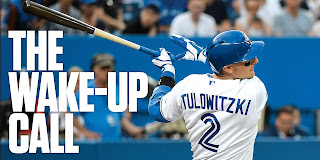 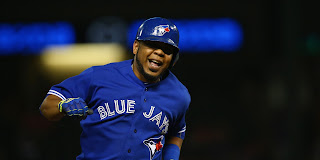 The real surprises have come from the pitching staff. Thought by many to be the Achilles of the team preseason, the pitching staff have truly been the strength and most consistent contributors to the Jays strong start.

Your Blue Birds are second in the American League in ERA and seventh in the entire league. The slingers have held the opponents to a woeful .243 Batting Average. That's good for second in the AL and 5th in MLB overall. Most impressive, Blue Jays pitchers lead all of Major League Baseball in Quality Starts with 59 in 91 games. The next closest team in the A.L. is Texas with 49 quality starts.

That ladies and gentleman is incredible.

Much of the surprise success comes from a bulked up Aaron Sanchez and a made-over JA Happ.
Count me amongst the many naysayers who did not have faith in his Pirates renaissance. I'll gladly eat crow on that one.

On offense you all know about the rebound of a menisculess Captain Canada. Others like Carrera and Barney are contributing career years to the offense. The Jays also employ the reigning MVP, a rain bringing Viking who has somehow found a way to IMPROVE on his numbers from last year.
He just joined elite company by scoring 80 runs with 20 or more homers prior to the Allstar break.
His compatriots in that little group are Lou Gehrig, Ted Williams, Reggie Jackson, Frank Thomas and Alex Rodriguez.
Like Fuck, that's crazy Cooperstown company.
Thanks Billy. When they make the sequel to Moneyball it had better be about the Greek Geek - Alex Anthopolous. We owe ya Alex, hope L.A. is treating you well. 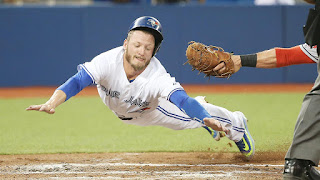 Okay, that's the rundown.
The basic outline of this years team.
Sounds pretty good.
Basically the same team as we had last year but sub Happ for Price and Saundo for Revere. And hey, we are like 11 games up on last years pace. Soooo, why the fuck do I feel this team needs to add?

I believe we can live with the starters. With the current 5 we have and Chavie/Hutch. Jays are are as deep as any team in baseball. Not necessarily as talented as some of the best rotations but definitely as deep or probably deeper than most.

But the truth as I see it is we have some guys punching outside of their weight class on offense. We have a few guys that may be getting the benefit of some fat pitches because pitchers don't want to waste energy on journeymen when they have to face "The Kraken". Our 1 through 6 is devastating. Pitchers wake in cold sweats thinking about the top half of the Jays order. They pitch hard to them, they pitch carefully and energetically. They need to find respite somewhere so they pepper the zone to the Barneys and the Zekes. 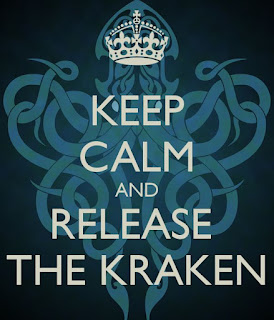 Now I don't want to diminish the contributions that those two guys have made to the 2016 Jays because they have been invaluable. Every playoff team needs players to step into roles and succeed like they have . I just think that it would be a serious stretch to believe that these guys can keep it up.

World Series winning teams are fucking deep. Like M. Night Shyamalan plot twisting deep. Like Oakville-Shapiro conspiracy theory deep. Shapiracy!
Like Wolf 13 rum tumblers into a bottle of Bacarrdi deep.
Lineup depth is what separates the contenders from pretenders.
I just need to ask you to recall past World Series winners. Teams being able to call a Boone off the bench or a Morse or an Allen Craig. In our own history, the Jays had the best offense in baseball in 1993. We only had 2 starters on the team with an ERA under 4.44. So what did that team do down the stretch? We traded for Rickey Henderson. 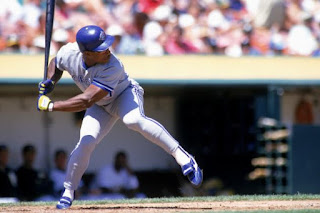 Twice in the last 3 games I've seen Zeke have counts of 3-1 and 2-0.
In the 3-1 count he swung and missed at a pitch that bounced in the dirt and on the 2-0 count he swung through a pitch that was shoulder height. He's been good. Don't misunderstand where I'm going here. He's absolutely carried the mail as our fourth outfielder. But to me these are a few examples of many I've seen that say one of 2 things, he's either guessing in counts when he should be going dead red or he has poor pitch recognition.

When you get up in the count anything past 2-0, you need to zero in. You pick your best spot. You say to yourself if the pitch comes within a few inches of your favorite spot to swing, then you fucking unload. I'll leave personal anecdote aside but as a student of the game I know that to be a successful hitter you need to absolutely find and drive YOUR pitch when you get up in the count.

And this is where I've seen a great deal of commenters who don't fully understand hitting come unglued. They'll watch Jose face a very accurate pitcher and see him take 2 clear strikes on the outer half.
They'll be irate.
They'll post shit like:
"Why the fuck is he not swinging at what are clearly strikes?".
"Wake up Jose".
"Those are in the zone Joey!"

Jose can't drive that ball.
So Jose won't swing at that ball.
Jose likes the ball middle in, he destroys the ball middle in. So he's smart and lets an away corner fastball go.
Twice even.
Knowing that it's extremely hard for even the most accurate of pitchers to nail that outside corner without leaking in. He knows he can't drive that outside pitch unless he guesses outside so he waits for a mistake. Or he has studied enough tape and patterns to wait on a certain pitch or pitch situation.
Ever hear Buck say "He ambushed that curveball"?
Once 2 strikes comes then all that goes out the window. He'll shorten up and chink one to right. 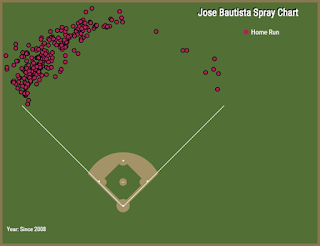 So going back to it, on a personal level what I've witnessed of Zeke leaves me less than confident he can keep bucking his career trends. Barney is great with the glove and had some great at bats lately. I'm less concerned with him but again I'd like to see the Jays add some serious track record for the playoff run. Smart hitters who can start or come off the bench and provide a big hit.

Playoff pitchers don't take a single hitter off. They don't look for a break in the lineup. They are there because they are part of one of the best teams in the world. Think Madison Bumgarner. A playoff team has got to be solid 1 through 9 to have a chance against an animal like that.

This is why I believe the Jays need to go out and get at least one big bat and one reliever. I think they can get both of those without taxing the prospect pool too much further by taking on some salary. The fans have put the Jays on course for the best attendance in 20 years. I don't know where Shatkins can find an excuse for not adding salary. There are a great number of possibilities out there including a certain lefty slugging Canadian. (Yeah I fucking know he's got a huge ticket)

The Sox just added two very solid major leaguers in Aaron Hill and Brad Ziegler. Guys with pedigree, experience, and whom have both been to the postseason. We all know Hill and know he's made a career of inconsistency but the fact is the Sox just picked up a guy who's won 2 silver sluggers and is currently triple slashing .286/.359/.420. They picked him up to split time with Shaw and to be a bench bat. They also picked up Ziegler who has saved 48 games in the last season and a half to be a setup man. Now he may get save opportunities because Kimbrel tripped on his knuckles getting out of bed but make no mistake, the Sox made this move prior to that injury to load up for the stretch. They added 2 talented guys and gave up very little prospect capital because the 2 are owed significant salary. In my opinion the Jays can absolutely make similar deals. There are players that could really help this team available and they could be had for a low level prospect due to their financials.

The Jays are first in the ALE in attendance. No shock there.

But then check this:

Yeah that's right. The Jays are 4th in all of baseball getting asses in seats.

Markus Shapiro, Get the fuck off your wallet.
I want a significant player. A player that moves the Smoaks or Zekes/Barneys to the bench.
That would give us the deep bench that all World Series winning teams have.
Add to this beautiful team.
Give us a truly deep lineup and a true shot at a world series.

I ask you fellow J.I.T.H.'ers, if you were GM for a day, who would you try to add to get us our first world series in 23 years? Fuck ladies and Gents, this team is right there, we just need a piece or two. 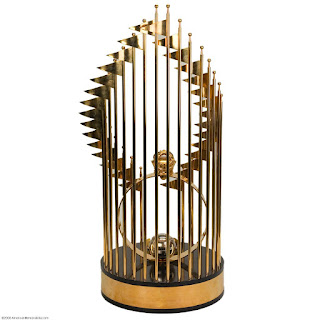