Adding Jose Bautista to the mix 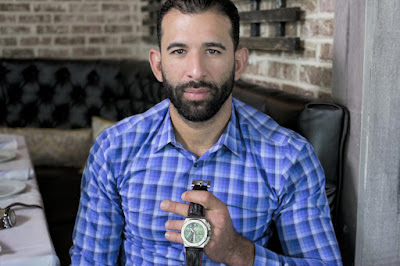 How do the Blue Jays make an even potent line-up better? Add a perennial all-star to the mix. Despite apparently being on the trade block in the Sportsnet media circles, I feel pretty safe in saying that adding Jose Bautista will be the biggest deadline acquisition the Blue Jays make to their line-up. His half season left on his contract - plus potential QO pick if he signs elsewhere - is more valuable to the Jays than anything they could get in a trade. Let's explore some potential options for the line-up, including the one and only Bat Flipper himself.


Option A - Bautista spends the majority of his time at DH, Edwin as the every day 1st baseman, Carerra leading off every day, playing in RF, Smoak as a bench bat and defensive replacement
Option B - Bautista back as the every day RF, Smoak every day 1st baseman, Carerra as the 4th OF + pinch runner, Let's say Devon Travis leads off in this scenario. Jose will likely get regular time at DH when he gets back regardless.
Option C - Bautista spends the majority of the time at DH, Edwin at 1st, with an acquisition (Reddick? Beltran? Bruce? Upton) in the OF, and Smoak / Carerra off the bench. Upton would probably be the only leadoff candidate in that group, so Travis or Bautista would likely lead-off.
Option D - Colabello and/or Pompey are brought up. I'm aware that Colabello isn't available on the post-season roster, but he did form the better half of a 1B platoon with Smoak last year, and if he is mashing, he could contribute down the stretch. Both of these guys will likely be up in September anyway, with Pompey playing the 4th OF/pinch-running role we saw him in last year.

In only one of these four scenarios is Justin Smoak playing 1st base every day, which might say enough about what he is as a player right there. He's been worth 0.2 WAR so far this season, so I'm not entirely sure why the Jays were in such a rush to extend him for another two years. The value isn't necessarily bad, it just seems like the type of move that easily could have been made after the season once the dust settles with everyone else. I'm not convinced that first baseman like him are that hard to find. This year, if we make any upgrades whatsoever, I think it's likely that he is the odd-man out. By the numbers, this team is better with him on the bench, Carerra in the outfield, and Joey/EE manning the DH and 1B spots.

Let's talk Ezequiel Carrera. I'm not entirely convinced in his ability as an everyday player. However, according to WAR, he's the 6th most valuable Blue Jay this year. I'll buy that WAR is a flawed statistic, but it's obvious that he is, at the very least, a clear upgrade in outfield defence over Jose Bautista. He brings an element of speed, and when he gets on base (.366 OBP this year, 3rd on the team) he can bring value on the basepaths. Somebody on the board pointed out an incredibly high BABIP vs lefties, signalling that he was bunting often versus them, but he seems to be doing it successfully. Overall his BABIP is .328 this year, which is right in line with his career average. After writing this paragraph, I stumbled on an article written by a guy who knows a lot more than me about hitting. His name is Jeff Sullivan. You should read his piece. Old school or new school, a guy that can get on base is definitely a good option as a lead-off hitter.

If the Jays do explore adding somebody to the line-up, it seems clear that right field is the spot to do so. Which is strange, as it would push the guy that they just extended to a bench role. I think the majority of the fanbase is hoping for a deadline deal to help win back-to-back division titles. Personally, I would focus on adding a starter (we're all hoping on Sanchez, but it's way more likely he's our 8th inning guy again) or a set-up man if they feel comfortable with Sanchez. Either way we are definitely going to add at least one left-handed bullpen piece.

What option do you like for the rest of season line-up construction?
Posted by Nego at 9:00:00 AM