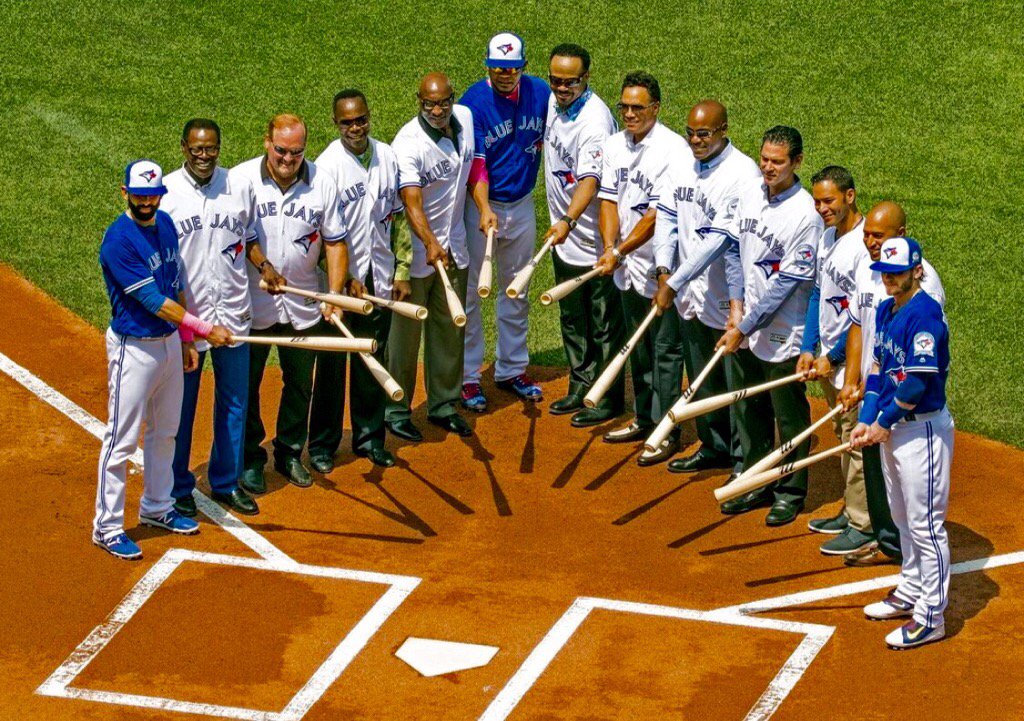 This pic is only tangentially connected to this post but I wanted to post it because all these guys are totally badasses.

This phrase, Toronto vs Everybody, first began showing up in the playoffs last year. Historically, that's certainly been true in Canada. There's been no surer path for a politician than to dump on Toronto. That's why our infrastructure needs so much help. There were no votes in helping us, even though the city was the economic driver of the country. It wasn't until the Toronto Board of Trade stepped in talking about what it was costing business that anything happened. Because dollars talk. (They commissioned this report if you want to go deeper into this policy stuff.)

In the Jays case, it started with the Royals. We kicked their asses in the series at the trade deadline and they took exception. Then we kicked Yankee and Red Sox ass. The O's have hated us since Mussina decided to show up Cito in the 93 All Star Game. We also stopped being the Rays punching bag.

Then there was the playoffs and José's glorious bat flip. All of sudden, all of baseball had an opinion of us. Some loved us and some took offence at our swagger.

So it is us against everybody. So fuck it, let's embrace it. This team reflects us - confident, talented, ready to kick ass. We love them for it. And everyone else can just bite it.
Posted by MK Piatkowski at 12:00:00 PM