A trip to RAB 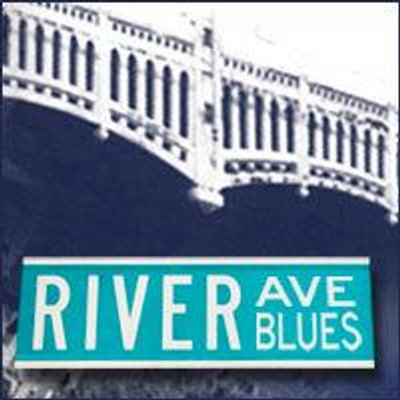 With apologies to Joanna, whose trips to SOSH I'm blatantly ripping off because it's 1:30 in the morning, I just got home an hour ago, I have no brain, and I need to write something.


Game on, if u do put yourself out to ever come to the dome, sit on the 3rd base side. The CN tower lit up at night pays for the admission in the event the game sucks.


My experience was in the 200 sections on that side. Lots of very unpleasant, beer-filled drunks. 3 years straight. I prefer bourbon/rum/scotch/even rye-filled drunks. I'm told that at the 500 levels, the drunkenness is beyond belief.

Someone should write an essay on the comparative forms of drunkenness. My guess is that beer drunks are at the bottom.

I've been to games in Philly, Boston, NY, and Toronto. The Toronto drunks win. There is no runner up.

From there the conversation moved to the toughness of Canadian soldiers and how we kicked their asses in 1812, our florescent camo and why we had to do Memorial Day in the first place


.The Yankees are 25th in MLB with a .234 batting average.Looking at the lineup I thought .234 is more than I thought it would be.The Yankees are a boring team and Giraldi is still sitting back waiting for home runs.When is the last time he called for a hit & run?


Notice that 1st word you used....hit

I miss when it felt like we were still in it down a few runs late in the game.

We feel you, bros.

These are the games where I'm appreciative to have Comcast, so I don't have to see and hear the blue jay fans.

Let the hate flow through you! Your hate makes us powerful.

I wish to note that a discussion about replacing Teixeira at the end of the season came up. No one mentioned a current Blue Jay. Later on, someone suggested signing Edwin and Jose. The rest of the thread jumped down this person's throat, saying that's the last thing the team should do.

Some discussion of Estrada - people actually giving him props! - and deciding Happ is a mirage.

There is some truth to that.


I sometimes have the impression that several of these Yankee pitchers are just intimidated by the Jays, frightened of them.


Am I the only one who really has a crap ton of distain for the blue jays?

No, you're not. My hate for them is on par with Boston.

I was just thinking about how I might actually hate them more than Boston these days. That isn't easy. It's hard.

Is your disdain a result of their complete mastery of the Yankees? If so, that's not "disdain." It's called resentment

And in that vein:


With the way the Blue Jays absolutely own the Yankees nowadays just winning a game and not getting swept is best case scenario.

They are losing games to the Jays due to the bats of Russ and Ryan Goins. Lol.

It isn't enough to lose. We have to get smoked by bad players.

Gives up a homer the opposite way to Goins, yet strikes out Bautista and EE on nasty curveballs. Ivan Nova.

The moments of despair:


I think a Yankees On Ice show would be a lot more entertaining than what we've been seeing recently.

At this point, Erik Estrada could probably put up 5 scoreless innings against this offense

I can't even laugh at this stuff. Before we went into NY last week, this was us. Leaves me grateful our offence has found it's mojo. Now for the bullpen...
Posted by MK Piatkowski at 12:00:00 PM