Shufflin' off to Buffalo 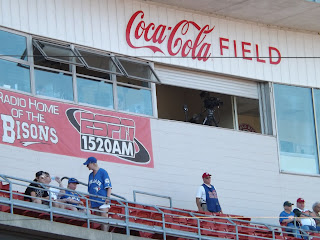 So a few weeks ago, I was in Buffalo to watch the Bisons on Star Wars Night (box here, game write-up here). As an added bonus, Jose Bautista was there on rehab (as was Ryan Goins but that wasn't a big value add for me). I missed Colabello as he was in the process of being taken off the 40-man and re-assigned. Drew Hutchison was on the bump. The game was against the Braves affiliate, called the Braves.

So here's some sights from the day. Warning, this is image heavy so if you're on limited data, you might not want to click through. 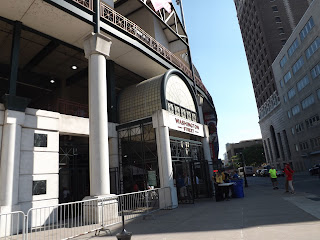 This is the gate we entered from. Yes, those are office towers across the street. You thought The Dome was downtown? The stadium is literally crammed into a city block. 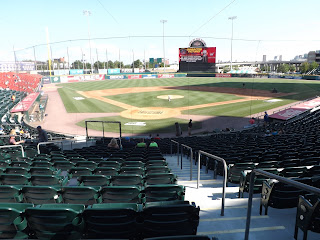 So this is the view from the field concourse. Pretty intimate. 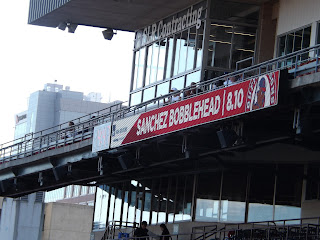 Hey, look what's coming up! For the first 3,000 patrons, you can own a bobblehead of this year's Cy Young winner! 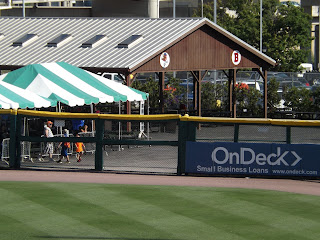 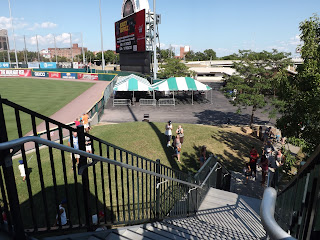 Two views of the picnic area out in right field. Apparently I just missed a lightsaber fight on the hill. 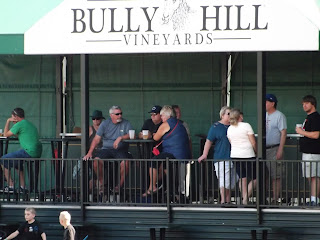 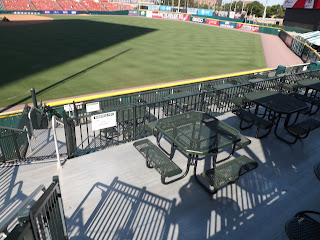 Views of the outfield bar. For this game, one of the few sell-outs of the year, all the seating was reserved. 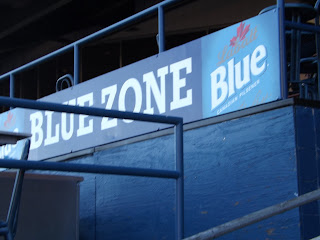 This patio is on the first base side. Guess what they sell? 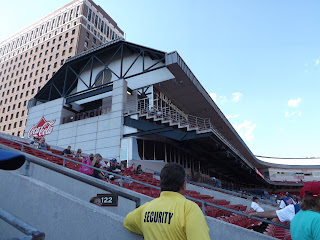 This is between the seating on the first base side and the outfield patio. Best view of the second level. 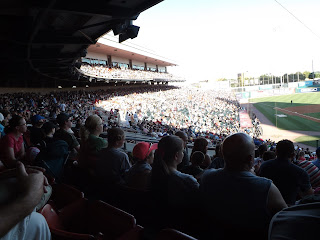 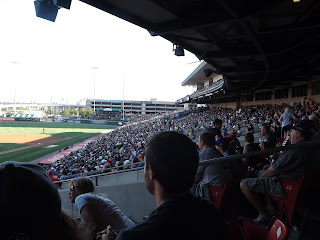 Views of both sides of the stadium from our original seats, high up behind home plate. The guy who bought the tickets (a friend of Mike Grammer, who wrote the Sanchez piece 10-odd days ago) couldn't originally get all the seats together so my dad and I ended up farther up. For some reason there were a lot of empty seats around them (corporate seats maybe?) so Mike came to get us in the 3rd inning to move down ridiculously close to the field. Six, seven rows back? Seriously, the scouts were sitting a couple rows below us in the next section over. Kicking myself that I didn't take a photo of them. Mike probably did (dude takes pictures of everything!) so maybe he'll share at some point. 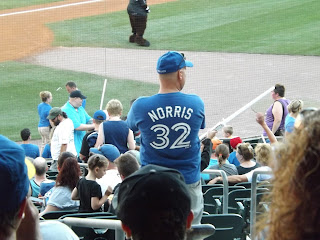 Just had to take a picture of this sad panda. 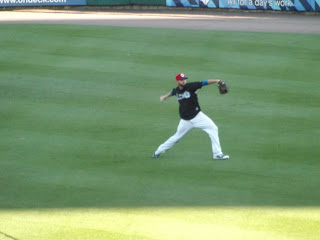 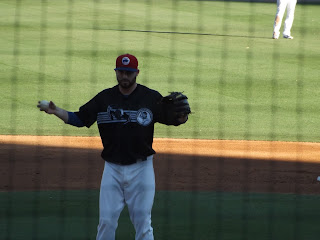 The two sides of Hutch - warming up before the game and...well, I'm not really sure what he's doing in the second picture. 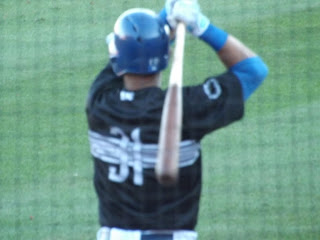 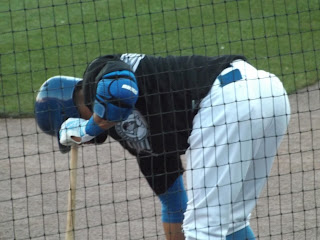 Jose. Jose, Jose, Jose. Jose. Jose. I swear the butt shot wasn't planned. The shot I really wish I had - him smiling on the rail in the dugout.

He got his only hit as a Bison that night. A line drive single to right. I thought that was a sign his bat was coming around. Obviously I was wrong. 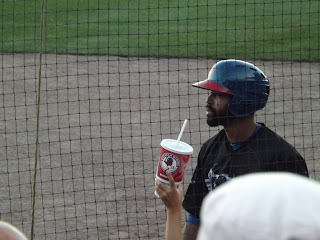 Dalton Pompey getting himself a little refreshment. Or just good framing. He went 2 for 4, with a single and a double. He had been on a bit of a tear for a week there. 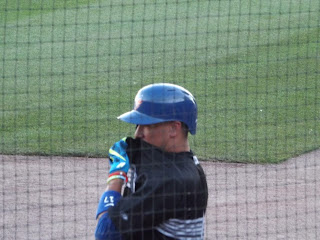 This is for the Ryan Goins lovers. You know you are. 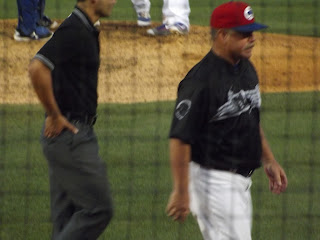 This is Gary Allenson getting tossed in the top of the 9th. Strike 3 was called a ball and a few pitches later the same batter hit a single to score the winning run. Allenson was not happy.

Kicking myself that I didn't get a shot of Jimenez behind the dish. He had a great game, going 3 for 4. Two doubles! He beat out the throw to first in the bottom of the 9th, however, Dominic Brown (the tying run) got himself thrown out at the plate for the third out. A crappy way to end it.

I have some pics and vid that are specific to Star Wars night. If there's interest, I'll do a post of those.
Posted by MK Piatkowski at 9:00:00 AM