In life there are few things I've loved as strongly or as passionately as I do the game of baseball.
It's perfect but yet totally imperfect. 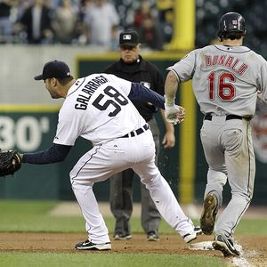 It has a rule for everything but almost every play is angrily contested.
It has a history that mirrors society.
It has been racist, it has been inclusive.
It has been celebratory and it has been exclusionary.
It has been wrought with strife and almost killed by strike.
It was rescued by the muscular bulk of heroes.
And then those heroes were destroyed. 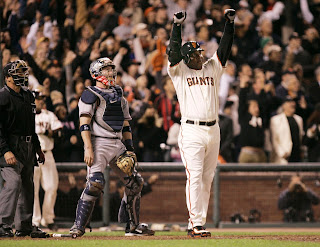 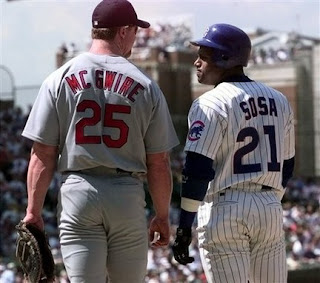 The game is simple.
The game is complex.
The game will anoint you or destroy you.
It's grass.
It's fence.
It's mitts.
It's chalk. 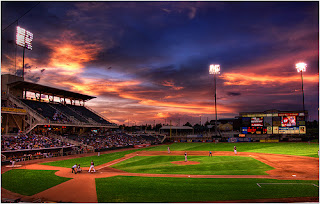 You'll fail 70 percent of the time and the bards will sing of your heroics.
You'll sit.
You'll play.
You'll sing.
You'll cry.
You'll stretch a tweener into a double and your bench will erupt.
You'll painfully break up two because you love your boys.
You'll put one in his ribs because your boy got plunked.
You'll swing, you'll miss.
You'll swear, they'll hiss.
You'll dive and steal a hit.
You'll run and go "git-it".
Why?
Because   .........  Tha Boyz. 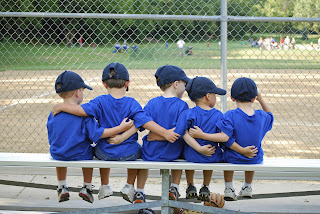 The dugout is your refuge.
24 other men with a single goal.
Your goal.
With Spitz.
And Double Bubble.
There's always one or two guys that keep you all loose.
Hot foots, bubble lids, and Tiger Balmed cups.
And Funny stories about how Rook blew it with a beauty at the bar.
But fuck the game.
You talk life too.
It's all in there.
25 Men.
Who are also affected by life, family, spouses, aches, pains, children, cancer.
25 affected by life.
Not robots.
Men.
Your Men.
Your Team.
Love them when they win, love them when they lose.
They are after-all just men.
And this is Baseball
The greatest game on Earth.