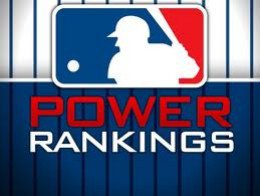 Your Toronto Blue Jays are 5-5 over the last 10. So are Boston and Baltimore. Dog days! There is going to be some big games against these assholes in the coming 6 weeks...

I'm going to start off with a slight from ESPN's Dallas Braden. This joker in a vest cites the Blue Jays PITCHING as a cause of concern, despite the fact they are leading the AL in pitching, as correctly stated by the older and wiser Tim Kurkjian. Click on the vest link for this embarrassing gaffe. 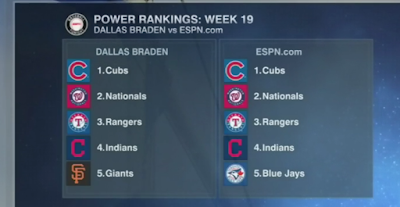 SI.com, perhaps a little surprisingly after a .500 stretch, still has our boys atop the AL, a lofty #3 overall, which is not too shabby! I'll take it! 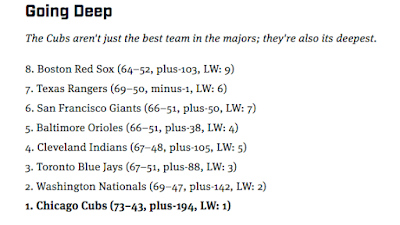 MLB.com  has the Jays destined for the playoffs, which I guess has to be fortified my some weak competition coming up, post season probability at an AL East-leading 84%:

Warren's favorite site fivethirtyeight.com has the Jays 5th in "Make Playoffs" and 4th in "Win World Series" with a lowly 10% chance of bringing home the rings. If we are the best team in the AL, shouldn't we have a higher shot at winning it all? Hell, Estrada, Sanchez, Happ and Stroman could win all 4 games, easy WS sweep if you ask me...

It's an easy time of year to get discouraged. The bottom third of the lineup has been hot garbage, and last night's 1-0 loss to the Yankees was as frustrating as it gets. Joey and Pillar's injuries are exposing some depth issues in the field. The bullpen has been less than stellar. Bear with us folks. The dog days are nearly over. We got 6 games at home coming up against the dogshit Angels and Twins. Keep your chin up. See you in October!
Posted by MorganBurton at 9:00:00 AM