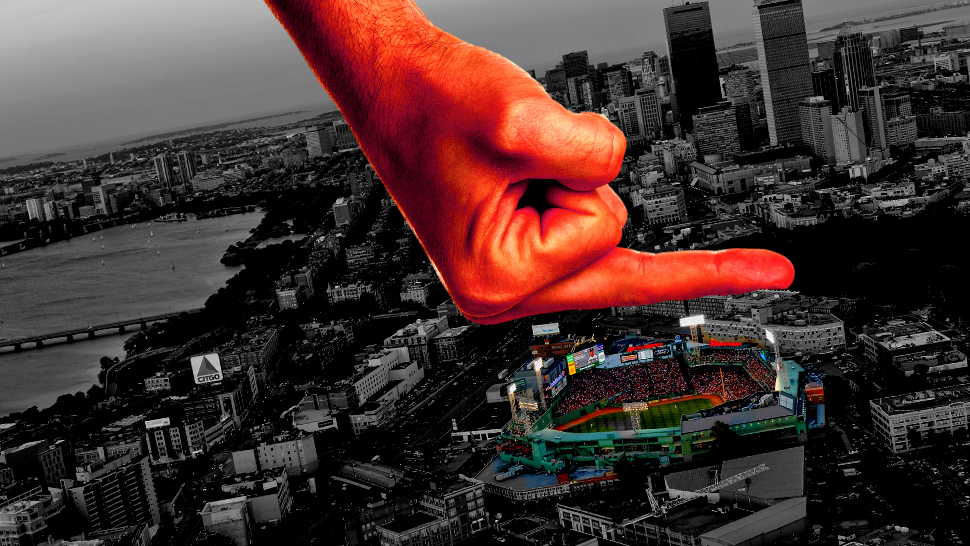 Only 5 days since we last saw these fuckers and now we're going into their joke of a ballpark.

Tradition, schamission. It smells like rotten eggs. (It's decaying organic matter that gets dug up whenever new construction happens in the area.)

It has that stupid Pesky Pole that doesn't even use a straight line.

It has bullshit seating.

Thanks Brainojack for the pic!

It's ruined Sweet Caroline. And why, Sportsnet, do you insist on forcing us to listen/watch that shit every time?

Here's a piece from 2009 explaining why Fenway is not the romantic ideal baseball writers give it.

And I haven't even gotten into the bullshit voodoo magic they're using to have 6 players hitting over .300. Personally, I blame their bullshit park.

And of course, the worst indignity of them all. When we had to switch to the NESN broadcast last Sunday,we discovered their broadcasters talked more about our team than our own broadcasters did.

Stopping jerking off to the Red Sox, broadcast team! Do it in the privacy of your own home. Ugh.

Remember when I said my life was about to get crazy?  It starts today. Between now and Wednesday, the only available time I have is tonight's game and Sunday's game. I can either watch the games or spend the time writing 3 articles because no one else is writing. I know which I'd rather do on my birthday weekend.
Posted by MK Piatkowski at 12:00:00 PM