On this off day, let's engage in a little dream casting. If money was no object, what would be your dream baseball vacation?

I've never gone even though for the first 10 years of the Jays existence my aunt and uncle would faithfully go every year. I'd want to go early on when there's not as many people and easier access to the players. 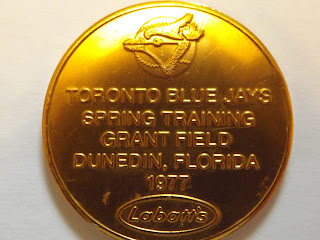 2. Seattle during the Blue Jays series

I've heard what a good time it is when Canadians turns those games into a home series.

3. San Diego for All Star Week

I was at PETCO in 2014. Fell in love with it and Padres fans. Dying to go back and All Star Week would be an incredible experience. Failing that, when we're there the end of July would also be incredible. 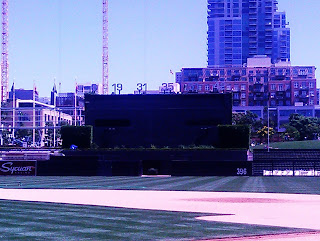 Took this photo on the field. Pretty awesome.

There's also a couple of parks I'd love to see even though I have no interest in visiting the city. It would be great if transporters were a thing.

The train fascinates me and it would be good to see Cletus in his natural habitat.

Because I love the everlasting hell out of that home run monstrosity and I desperately want to see it up close.