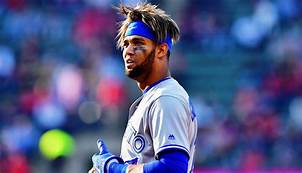 Lourdes Gurriel Jr. hit a grand slam in a 10-9 come-from-behind win over the Yankees

After a shutout loss to the Yankees yesterday, the Blue Jays were looking to avoid being swept by the Yankees for the second time this season (The Yankees won both games of a mini 2-game set at Yankee Stadium May 10-11) and end the homestand on a winning note and snap the 3-game skid. Casey Lawrence was optioned to AAA-ball with righty Max Castillo being recalled in his place. Yusei Kikuchi got the start with Alejandro Kirk behind the plate. Vlad was back in the field after DH'ing yesterday. Teo got the half day off as DH today with Raimel Tapia in RF. Lourdes Gurriel Jr. was back in the field after the full day off yesterday. Could the Blue Jays snap the 3-game skid, avoid being swept by the hated Yankees for the second time this season and end the home stand on a winning note? Here is today's game recap.