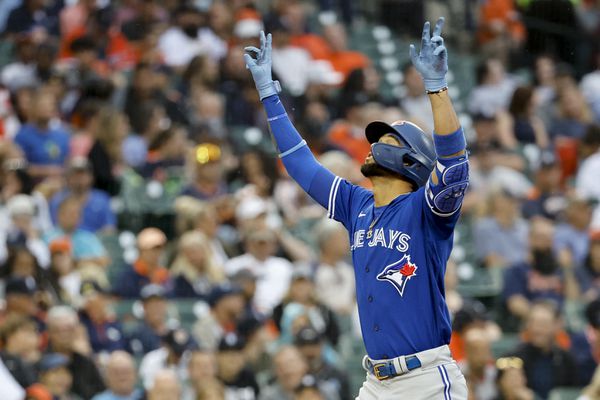 Lourdes Gurriel Jr. drove in three runs and scored another in a 6-0 shutout win over the Tigers

After a tough loss in Gabriel Moreno's MLB debut yesterday, the Blue Jays were looking to end  the week/road trip with a win and notch their 12th series win of the season. Ross Stripling got the start with Moreno getting his second straight start behind the plate. George Springer was back in the field after DH'ing yesterday. Santiago Espinal was at the hot corner with Matt Chapman getting the complete day off. Alejandro Kirk served as DH today. Could the Blue Jays get their 12th series win of the season? Here is today's game recap.