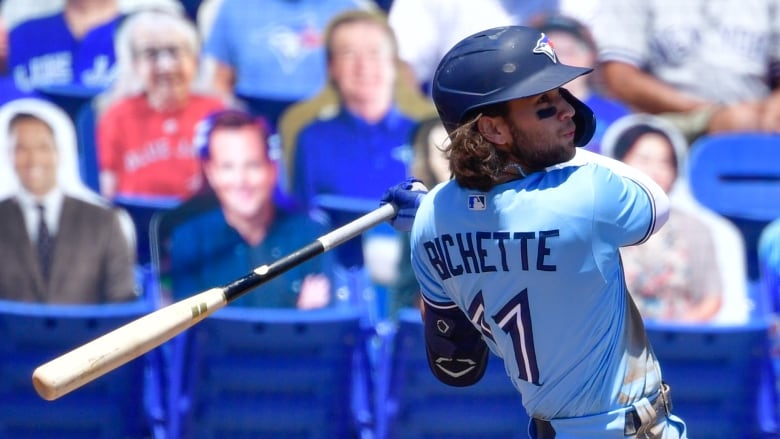 After rain wiped out yesterday's game, the Blue Jays were looking to gain moment by sweeping (or at least splitting) toay's double header. Patrick Murphy was called up as the 27th man for today's double-header. Robbie Ray started the 1st game and Steven Matz was on the bmp for the second game. Alejandro Kirk was behind the plate in the 1st game and Reese McGuire started the 2nd game. George Soringer was back in the field after DH'ing yesterday. Teoscar Hernandez got the half day off as DH in the 1st game (Teo was in LF in game 2) and Vlad DH'd the 2nd game (Vlad was at 1B in the 1st game. Lourdes Gurriel Jr. was in LF game 1 and at 1B game 2. Cavan Biggio was at the hot corner in the 1st game and Santiago Espinal was at the hot corner in the 2nd game. Could the Blue Jays snap the 2-game skid and sweep (or at least split) the double header? Here is/are today's game recap(s).