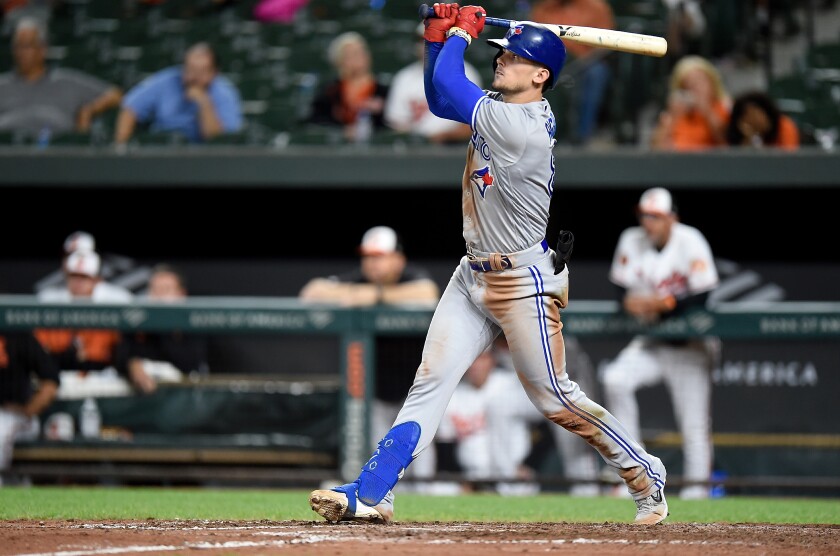 After destroying the Rangers by a combined score of 25-2, the Blue Jats opened their final series in Buffalo before returning to Toronto July 30, the first MLB game played in Canada since September 29, 2019 - an 8-3 victory over the Rays. The Red Sox have won 5 of the 9 meetings in the season series so far, yet the Blue Jays have outscored them 57-29. Alek Manoah (back contusion from fall on dugout steps) and Anthony Castro (right ulnar nerve irritation) were placed on the 10-day IL Ross Stripling got the star tonight. Reese McGuire was behind the plate. Randal Grichuk got the half day off, serving as the DH with George Springer in CF and Teoscar Hernandez in RF. Cavan Biggio got the start at the hot corner. Could the Blue Jays make it five wins in a row? Here is tonight's game recap.