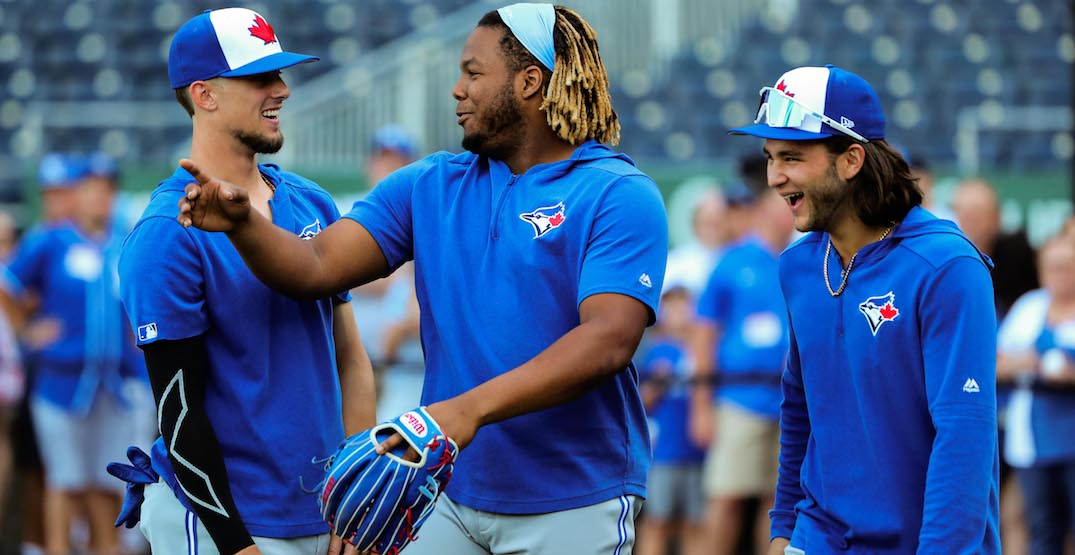 Cavan Biggio, Vladimir Guerrero Jr. and Bo Bichette combined to go 8-13 with 4 runs scored and 7RBI in a 10-2 rout over the Orioles

After dropping 2 in a row, the Blue Jays were looking to get back on track with a win. New reliever Trevor Richards has joined the team in Baltimore. Trent Thornton was optioned to AAA-Buffalo (temporarily Trenton). Hyun-Jin Ryu got the start. Danny Jansen was behind the plate as Ryu's personal catcher. Teoscar Hernandez was back in the field after DH'ing yesterday. Randal Grichuk served as DH tonight. Could the Blue Jays snap the 2 game skid? Here is tonight's game recap.