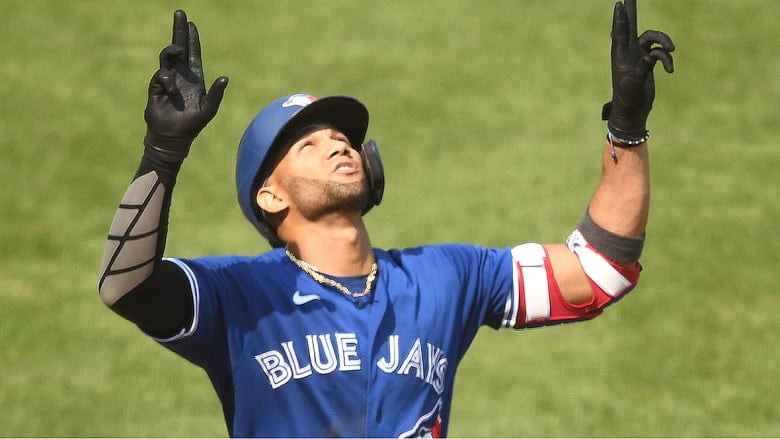 Lourdes Gurriel Jr. scored a run and drove in a run in a 4-1 win over the A's

After splitting the four game series against the Yankees, the Blue Jays returned home for a series against Matt Champan's former team - the Oakland A's. The Blue Jays find themsels in a 3-way tie with the Yankees and Rays for 1st in the AL East. Oakland is a half a game back of the Astros for 1st in the AL West. Last season, the Blue Jays won 5 of the 7 games in the season series against Oakland and outscored the A's 53-35. Tonight is Jackie Robinson day, commemorating the historic moment when Robinson broke the color barrier and became the first black player to play in the MLB. His #42 is retired by all 30 teams, but tonight every player in the majors will wear his number. Mariano Rivera, who retired after the 2013 season, was the last active player to wear #42. Xavier Hernandez (1989) and Paul Mirabella (1980-81) were the only Blue Jays to wear #42. Josh Palacios was claimed off waivers by the Nationals. Ross Stripling got the start with Zack Collins behind the plate. Cavan Biggio was at 1st base with Vlad getting the half day off as DH. George Springer was back in CF after DH'ing yesterday,. Matt Chapman was back at the hot corner after the complete day off yesterday. Could the Blue Jays start the weekend with a win? Here is tonight's game recap.