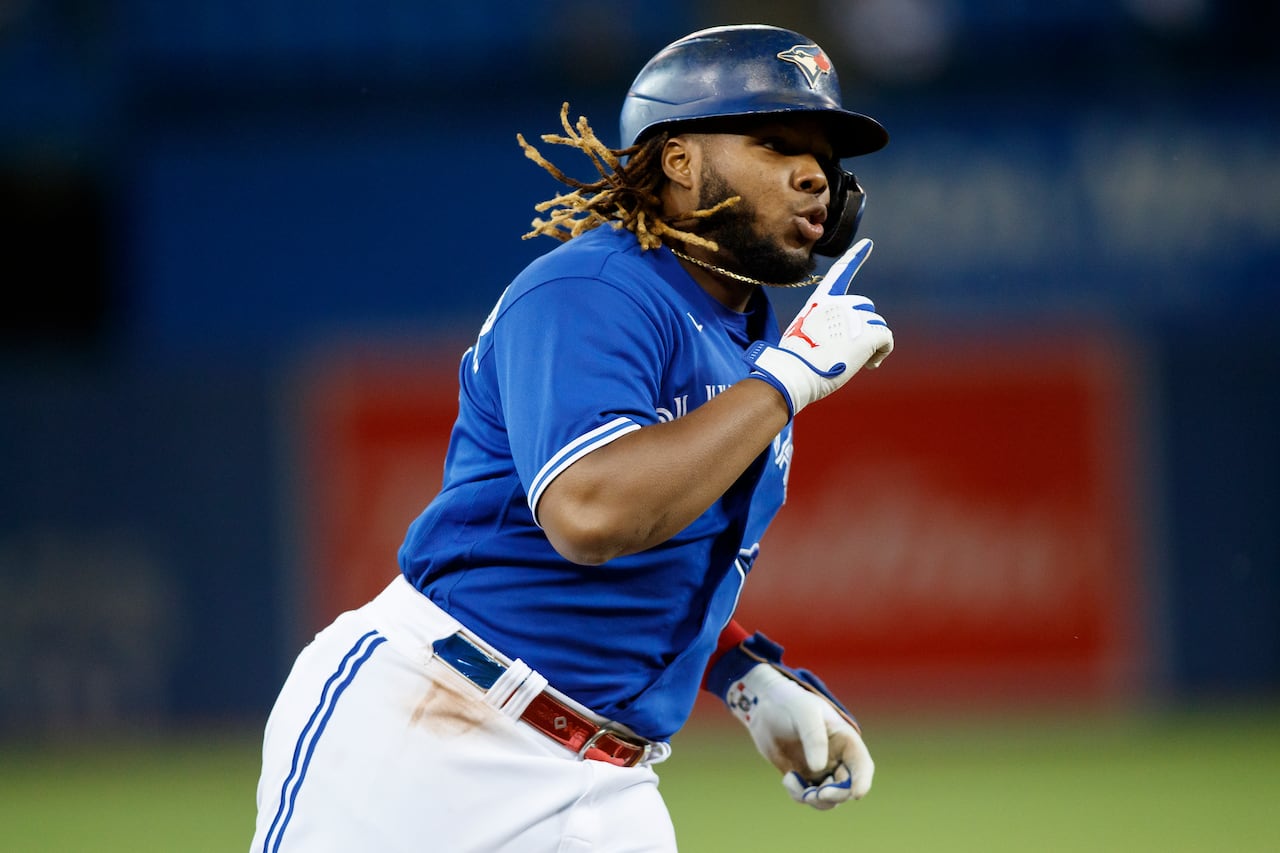 Vladimir Guerrero Jr. hit 3 HR and drove in 4 runs in a 6-4 victory over the Yankees

After splitting shutout wins in the first two games of the 4-game series with the Yankees, the Blue Jays were looking to take the lead in the series and jump into 2nd place in the AL East. Jose Berrios got the start. Berrios was looking to avenge a disastrous opening day start where the Blue Jays righty couldn't even get out of the 1st inning. Lourdes Gurriel Jr. got the half day off as DH with Raimel Tapid in LF. Alejandro kirk got the start behind the plate. Could the Blue Jays beat the Yankees and take control of 2nd place in the AL East? Here is tonight's game recap.