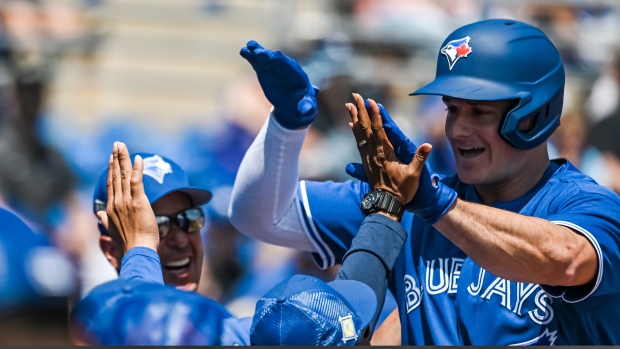 The Blue Jays are living up to expectations very early in the season. They erased a 7-0 deficit and beat the Rangers 10-8 on opening night. They won yesterday on the strength of a solid pitching performance from Kevin Gausman, a lights out bullpen and enough offence to win the day. Today, the Blue Jays were looking to make a huge statement by sweeping the season-opening series. Hyun-Jin Ryu made his first start of the season. Danny Jansen was back behind the plate after a day off yesterday. George Springer got the half day off as DH. Lourdes Gurriel Jr. was back in LF after DH'ing yesterday. Raimel Tapia got the start in CF. Santiago Espinal was at 2B. Could the Blue Jays sweep the Rangers? Here is today's game  recap.