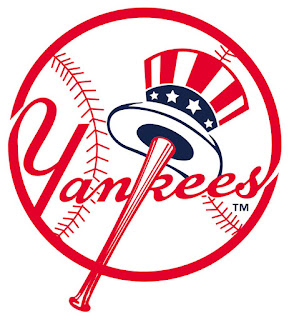 welcome (back), one and all.

if -- like me -- you've only roused yourself from a drunken stupor and / or hibernation in time for the 2018 baseball season, happy Spring! still no jet packs, i'm afraid; no flying cars, either. we'll get there, someday.

also: it's March. very strange. i suspect it has something to do with Rob Manfred's predilection for fad diets and pagan religions (ie. Zoroastrianism); then again, could be little more'n mere coincidence. who knows?

remember to drop your full name, current address, DOB, SIN and credit card information in the comments section below, first-time visitors: my Ponzi scheme failed and i have angry "investors" banging down my door.

and now, an ode to Vlad Junior
(with apologies to Madonna and "Like A Virgin"):

I made it through the off-sea-son
Somehow I made it throooOOOooough
Didn't know how drunk I was
Until I came to.

I was beat
Incomplete
We'd been had, I was sad and blue
But you made me feeeeeel
Yeah, you maaaaaaaade me feeeeel
Shiny and neeeeeew.

Like a walk-off,
Jacked for the very first tiiiiiime.
Like a waa-aaa-aaa-aaalk-off
Wa-tching you skip
Down the third base line.

et cetera and so on.


both J.A. Happ and Luis Severino will stride the bump Opening Day for the first time in their careers, for what it's worth (not much, i'm sure; then again, i'm an asshole).

Toronto owned Severino last season (small sample size, admittedly, but don't you dare start with me). he went 0-1 with a 4.97 ERA in two outings versus the Blue Jays despite finishing third in AL Cy Young balloting (and, y'know, the fact TO was near-utter garbage); Happ, meanwhile, fared much better against the Bronx Bombers, allowing just two runs over two starts / 11 2/3 innings.

New York hit lefties to the tune of a .757 OPS in 2017, good for sixth in the AL. newcomers Neil Walker (switch-hitter) and the far more terrifying Giancarlo Stanton are only likely to bolster that production. to wit: Stanton boasts a career 1.076 OPS versus southpaws. gadzooks!

finally, the Jays' single-biggest Severino killer? if you tell me you guessed Justin Smoak, you're a big, fat liar. Smoak slashed .417/ .500 /1.417 with two home runs and five RBI in twelve at-bats versus would-be King Luis last year. keep up the yeoman's work, Justin.