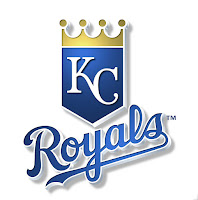 
It needs to be said. Fuck bunting. And win!

Marco Estrada says "I feel like I have a few good years ahead of me" but he and #BlueJays agreed that one-year term would work best
— Ben Nicholson-Smith (@bnicholsonsmith) September 20, 2017

Marco Estrada believes 2018 #BlueJays can win. "If this team does make the playoffs and I wasn't part of it, I would've been really upset"
— Ben Nicholson-Smith (@bnicholsonsmith) September 20, 2017

Estrada says he dealt w/ personal issues that had nothing to do w/ baseball this year. Impacted his performance, but have since been solved
— Ben Nicholson-Smith (@bnicholsonsmith) September 20, 2017

Good For Him Dept: #Bisons voice @benwag247 gets call to #Bluejays radio network for the next two games. https://t.co/clxyQb4TFq
— Mike Harrington (@ByMHarrington) September 20, 2017


When you're a young Canadian baseball prospect and you're sitting next to @JesseBarfield29 in the dugout . . . #T12

This is your game thread: "Keep Up The Fight" Edition.
Posted by MK Piatkowski at 6:00:00 PM