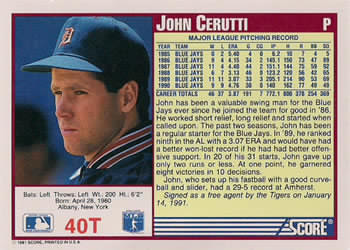 I wanted to talk about or jog some memories on John for some time and I'm kinda doing this on the fly so bear with me...

The first time I ever saw John pitch was against the Red Sox on a CTV game and he got his ass handed to him.....I thought to myself...we'll never see this guy again. Wrong.

Ultimately he got into four games that year....though I never noticed...

Onto 1986 ....John won a spot out of spring training and settled into a swing man role...one he would fill for the next few years... 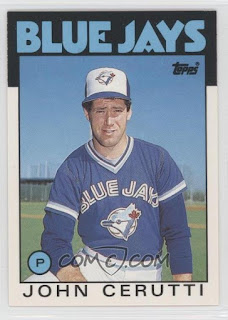 We certainly needed pitching help that year...Stieb was in the dumps...Doyle was slumping...Key started off slow...Ike and John salvaged things.

And so it went ...in the rotation out of it...87 was nice won loss wise...odd thing looking at his stats..never struck a lot out...gave up a shit ton of homers.. 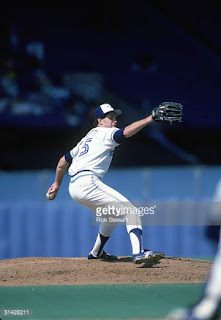 John went to Detroit after that and then retired...so why is the post called The Potential Untapped?

Well for this point...after his playing days John went into broadcasting and joined the CBC with Brian Williams and then onto Sportsnet...gawd he was awful the first few seasons...horrible ..like Rance Mulliniks bad...but Goddamn he got better ...like really good ...until the last game of 2004 .

John missed an 11 am meeting and his room had to be broken into ...he had passed due to arrythmia ...at the too young age of 44.

He really was getting good at his craft...such a shame.

I hope you can enjoy the memories of the man...and forgive me for my lack of usual jokes.

Also of note: The Toronto chapter of the BBWA changed the name of the Good Guy Award to his name in honour of John.

This is hastily written and forgive me...but he really had a good future as a colour analyst. 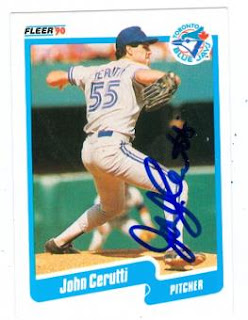 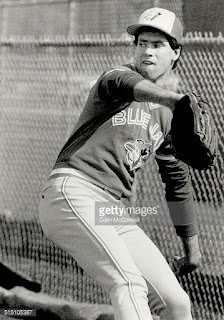