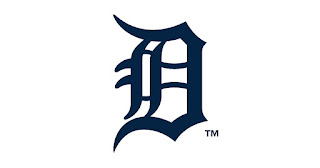 
I copied over the lineup from the last time we played Detroit in July. We had 5 names the same. The Tigers had 3. Also, good thing I use full names. If I used just the Tigers last names, you'd have a bunch of moments of "Wait? Is that...?

The times, they are a changin'.

Worthy of the hardware!

Congrats to our @vancanadians for making the NWL Championship. Finish it off with a ring, boys. #AtTheNat pic.twitter.com/BujerTSm6I
— Blue Jays (@BlueJays) September 8, 2017

Gibby: Most of the guys who have homes in Florida have their families with them here. Rivera's wife was in PR, she's ok. #Bluejays #Jays
— Mike Wilner (@Wilnerness590) September 8, 2017

Just talked to Osuna. His home and family are fine after the earthquake, but everyone is coming here tomorrow because of the tsunami.
— Mike Wilner (@Wilnerness590) September 8, 2017

Just spoke to Bautista, says Irma missed most of the Dominican, didn't hit the south coast at all, where his family is. Relieved. #Bluejays
— Mike Wilner (@Wilnerness590) September 8, 2017


The story behind the revival of the Blue Jays' white panel caps and helmets.https://t.co/2zblOnrQZZ
— Ian Hunter (@BlueJayHunter) September 8, 2017

This is your game thread: "Return to Home Sweet Dome" Edition.
Posted by MK Piatkowski at 6:00:00 PM