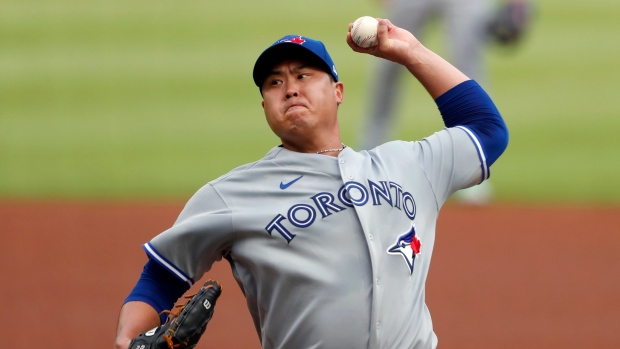 After a tough loss to Yankees ace Gerritt Cole, who retired the last fifteen Blue Jays batters he faced, the Blue Jays were looking to even the series with a win, sending their own ace Hyun-Jin Ryu to the mound. Danny Jansen was back behind the plate after the night off yesterday. The Blue Jays were facing a pitcher, Jameson Taillon, who missed almost two seasons after a complex TJ surgery, much like Tim Mayza endured. I have a lot of respect for athletes that persevere through such a lengthy rehab and make it back to their former glory. Only Joe Panik and Randal Grichuk have ever faced this pitcher. The rest of the lineup remains the same as yesterday. Can Ryu stop the bleeding and get his team back to winning? Here is tonight's game recap.

Email ThisBlogThis!Share to TwitterShare to FacebookShare to Pinterest
Labels: game recap, NY Yankees, Toronto Blue Jays
opinionator777
I am a graduate from SFU with a major in psychology and a minor in Health Sciences. I am a huge advocate for children w/ Special Needs. I'm a huge Canucks fan. As well I love watching baseball in the summer. I have an 8-year-old Havanese-Shih Tzu
Newer Post Older Post Home