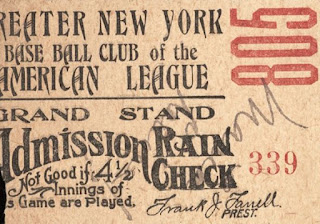 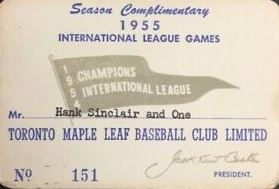 Good afternoon baseball fans and welcome to Harlans Point Stadium, where the Toronto Blue Jays begin their home schedule after a long layoff due to the pandemic of 1918.  The visiting Yankees, having only changed their name a few years back (they are the formerly hated Highlanders) will be trying to avenge the series win the Jays took in the first week of the season.
Excitement abounds to see the wonders in store at newly renovated Harlans Point Stadium - I have obtained an unreleased photo showing some of the new features: 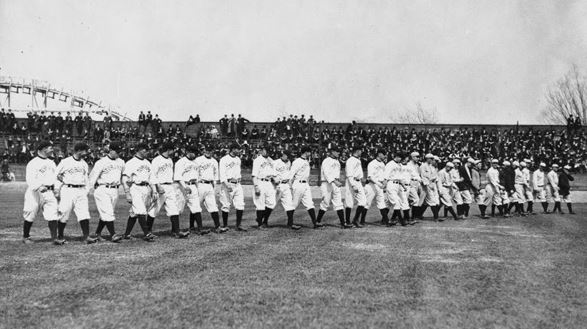 Moving on to some history, let's take a look back at the first great Highlanders star, Hal Chase.  Chase was almost unanimously  regarded as one of the greatest 1st basemen of his generation and even of all time.  In true Yankee fashion, though, he was a degenerate scumbag, cheater, and a gambler.  He was widely known to gamble on his own games and was believed to have regularly thrown games due to his ongoing affliction.  I imagine being one of the greatest fielding 1st basemen of all time and then throwing games on purpose makes it sort of obvious.  Perhaps this wasn't the smartest approach but I suppose there was no real way to stop his nefarious behaviour in the early part of the century. 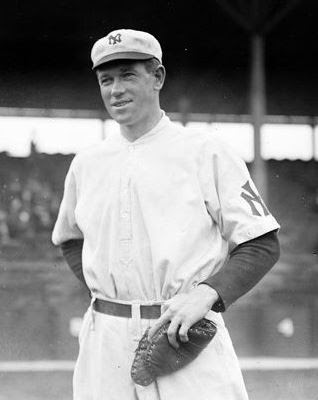 Hal Chase - First in a long line of Yankee Scumbags!

It wasn't known at the time but Chase couldn't help himself, as he was the first in a long, long line of degenerate, Yankee scum!

The Jays started the year with a series victory over the Yankees, proving that they would be a playoff team.  They then scuffled a bit, proving that they would not make the cut.  However, the last game against the Angels, where the Jays scored 15, proved that they will not only break offensive records but will be a modern day Murderers Row, despite missing several key pieces.
Vladimir Guerrero Jr. has started the year on fire, hitting .379 with a .538 slugging percentage and an OPS of 1.159.  He's taking walks, scorching the ball (often up the middle or to right) and has shown vastly improved defensive play at first base.  He is also noticeably quicker on the base paths, having reportedly dropped 40 pounds over the winter.  He's playing at the level we all thought he would and if he can keep up anything close to it he'll become the superstar we thought he would be.
Robbie Ray has been cleared to play and will reportedly make his season debut Monday.  He showed increased velocity this spring and was highly effective. His signing took a lot of heat in these parts but if he can be a serviceable starter all will be forgiven.  The great news that relates to his return is that failed starter Tanner Roarke will move to the bullpen, where he can hopefully either improve or else provide mop-up duty in games that are already a lost cause (Dabbles would say all of them are!)
If Pearson can get healthy and come back to have a solid year then the rotation will be shaping up nicely and this squad could content for the postseason.
Rougned Odor was inexplicably claimed by the Yankees and immediately went on to drive home the winning run in extra innings.  I firmly believe that this will be the pinnacle of his Yankees career and the club will quickly tire of his poor attitude and poor play!
Let's Play Ball!