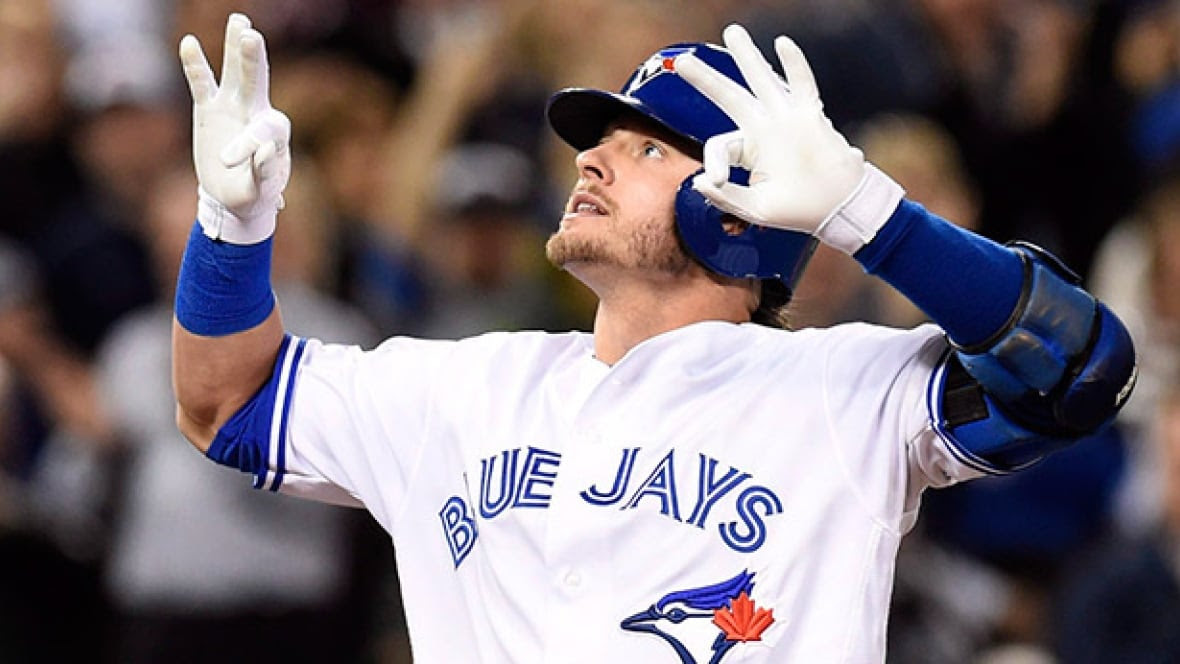 In looking at the 3rd base position for the Jays, it's painfully obvious that it's Donaldson and after that the depth chart says it's even Donaldson when he's not at his best. While officially Barney and Goins slot in behind Josh, the "bringer of rain" is far and away one of the top 3 third basemen in all of baseball and has been for awhile. For those who need the statistical proof may I direct you to an article at rotographs explaining all the details.

The previous regime had targeted JD when Anthopoulos decided to shift his focus from stats only players to players with stats,durability and character. His blockbuster trade with Oakland occurred after a constant badgering of Oakland GM Billy Beane.

In his first  second year of arb eligibility ( Thanks Tom), Donaldson was signed to a two year deal worth 29 million. That leaves one more year of arb before free agency. This creates an interesting conundrum for Shapiro and the Jays. JD will make 17 million this year. Next year the yearly MVP candidate will get a raise then undoubtedly enter free agency the year after. That is the year, 2018, that there will be a monster crop of FA's. Along with the reduced compensation for signing free agents, many teams are preparing their budgets and rosters ( another reason why Bautista isn't getting long term offers?) for the likes of Donaldson, Harper, Machado and so on. So some have begun to wonder if the Jays are better off, trading JD before his age 33 season and reaping the bounty it may bring, especially if the Jays are out of it this year at the trade deadline. The other factor against the Jays signing Donaldson to a 4,5 or 6 year contract before free agency, is a player named Vladimir Guerrero Jr.. Whose goal is to make the majors by 2018. Even if his development at 3rd base is delayed by a year or so, Guerrero may force to move JD to first base or to trade one of them, to another team. All of this is speculation, one of many scenarios.

If you want to know more about Josh and even the origin of his moniker " bringer of the rain", I would suggest this long read by Arden Zwelling.

Did you know he was a catcher before switching to 3rd?

He has upcoming appearance on the TV show Vikings

This is the meaning behind the sign JD makes at the plate after a dinger.
" It represents The Six, a salute to Toronto rapper Drake and Stroman, whose jersey number is six."
Posted by RADAR at 7:00:00 AM