The Special Popularity of Brett Lawrie 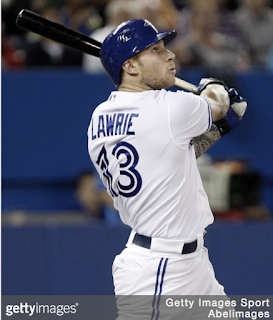 Earlier this week, Brett Lawrie was released from his contract. After a season shortened by injury with his third team in three years, the Chicago White Sox decided they have better options in the infield than what they think Brett Lawrie is capable of and made him a free man to sign with any team. Freedom isn’t what professional baseball players generally want, though, and for a six year veteran coming off injuries and poor play, this news likely came unwelcome.

This does not inherently mean the end of Lawrie’s time in the majors; there will always be teams looking for depth, replacements for their injured players, or a chance to take a flyer on a comeback. Indeed, there are already four teams allegedly interested in adding Lawrie. The Blue Jays are among the interested parties, though the chances of them actually putting ink to paper with him are reportedly slim. After years of decline, it’s hard to see Lawrie coming to the team to do anything more than rattle his chains as a spectre of unreached potential in front of Toronto’s current prospects (and if the team wanted a truly terrifying ghost of Blue Jays past, Travis Snider might be available).

The Travis Snider comparison is apt: both were blue-chip prospects and at one time were projected to be among the best at their position with just a little more development. At one point, Snider was one of the very best prospects in all of baseball, ranking as high as #7 on MLB’s top prospects list and earning him the nickname “The Franchise”. So it was only appropriate (or maybe ominous) that in 2011 it was Snider who was optioned back to the minors to make room on the roster for a young third baseman who had spent the year murdering minor league pitching. As Snider fell, Lawrie rose, and the honorific of “The Franchise” shifted owners in the 2011 season. 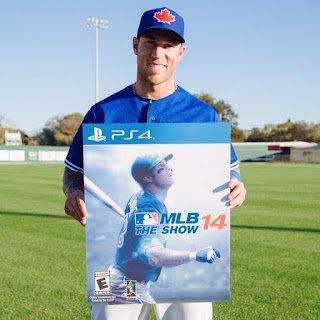 Though Lawrie did achieve a little more production in the majors than Snider, their careers have been eerily similar in a way that makes you want to check for a burial ground under Coca-Cola Field in Buffalo. From sky-high ceilings to underwhelming-but-average play to their final resting spot as replacement level players hoping to break a major league roster, both players represent the highest and lowest of loving a prospect.

But Lawrie did something that Snider never quite did: he became not only one of the most popular Blue Jays on the team, but in the whole league. In 2012 Brett Lawrie had the 20th best-selling jersey in baseball, more than players like David Ortiz, Albert Pujols, and Adrian Beltre (Miguel Cabrera was just one spot ahead of him, and this was during the year he won the Triple Crown). You could find Lawrie and his tattoos on the cover of video games, on TV ads, and on larger-than-life banners outside the Rogers Centre. This was despite only having one underwhelming full season in the majors following his call-up in late 2011.

No doubt this popularity was heavily influenced by his citizenship. Canadians are rightly proud of our baseball players, and having one of our own on Canada's only team was certainly the catalyst for his appeal. But even more recent Canadians like Russel Martin or heir-apparent to the “Best Young Canadian” title Dalton Pompey haven’t quite achieved the level of infection that Lawrie did. Arguably the two best first basemen in the world right now are Canadian and, though they don't play for Toronto, you won't see Joey Votto or Freddie Freeman on the cover of The Show any time soon. Lawrie found the exact middle of the Venn diagram between circles of nationality, performance, youth, and major league team that made him a marketing darling. It's amazing what a well-timed hot start and some reputation for hot-headedness can do. 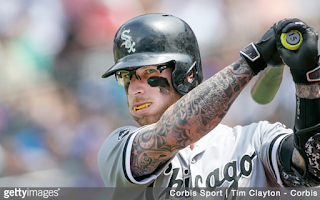 A lot of time has passed since Lawrie wore blue. He’s changed jerseys a couple times and added a weird-ass set of goggles and a weirder-ass mouthguard, but go to any Blue Jays game and you will find Lawrie jerseys among the most common. Even now, after years of replacement-level play and time with two other teams, there are many who would love to see Lawrie back in Toronto. It’s anecdotal, but you’d be hard-pressed to find a player from the last decade who has held a place in Blue Jays fans’ heart even after leaving the team the way Brett Lawrie has.

If you look at Brett Lawrie’s career stats, the story so far is of a prospect with a white-hot debut followed by a few years of respectable play until dwindling to the fringes of usefulness. But among Blue Jays fans he was bigger than that, a folk hero, selling tickets and shirts with only his personality and passport. He came in at the right time and quickly checked all the right boxes, becoming one of the most popular players in recent Blue Jays history despite never delivering on the maple-infused hype. It’s unlikely that the Blue Jays have much interest in bringing him back; the team has no particular need for infield depth and Lawrie’s growing injuries and poor play don’t do him any favours. But it would be fun to see him back with Blue Jays again, wouldn’t it?
Posted by Unknown at 7:00:00 AM