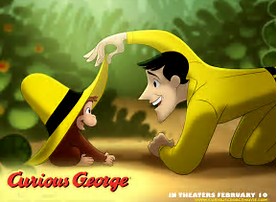 Three weeks until opening day
Questions that make me curious.

1. If Gibby is serious about resting the regulars during the season, does that mean Morales will be playing first base more often so Bautista, Tulo, Travis and Donaldson can DH? You don't think he'd want to miss their offence while giving them a day off in the field.

2. If, as Atkins has suggested, Morales will be getting time at first during the regular season, shouldn't he be playing the field more in the forth coming weeks?

3. If Pearce's arm is quite ready to handle left field but he can play first base, should Upton play the majority of time in left over Carrera or should they play a strict platoon?

4. Is it better that Biagini is helping the major league club as a reliever or better that he be stretched out in Buffalo, ready to go in case of injury? Which is the best plan?

5.Will Gurriel be in AAA or AA and which position will he play at the most? Outfield? SS? In his last season in Cuba he mostly played in left field.

6.How long of a leash is Smoak on, once the regular season starts?

7. Who is more likely to be called up first Tellez, Pompey, Gurriel or Mayza?

What Blue Jays questions are making you curious?

Trivia question.
There is a situation where a team can legally record 4 outs in a  half inning. Aside from the obvious dropped third strike and the runner reaches so an extra "out" needs to be made ( this has happened several times), there can be 4 legal outs recorded in an inning another way.
Try to figure it out without using google.