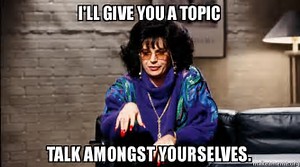 There's some interesting tidbits available amongst the usual "best shape of his life", 'just want to help the team" cliché stories out there.

It seems that Dalton Pompey, who by some people, think may be the third best outfielder, after JB and Pillar, will have a very tough time making the team out of spring training. It has nothing to do with his talent level but because he can be optioned back to Buffalo. The Jays will likely be taking 12 pitchers,2 catchers,5 infielders, 1 dh, and 5 outfielders, there's not much room on the 25. Over at BBB,Matt Gross, goes through some of the details, including who has options and who doesn't. Yeah, they could release Upton but there's little quality depth in AAA and Pompey provides that. Injuries will happen. I'm reminded of the conversation that I had with Brunt and Blair about Pompey. They both stated, that their sources tell them Shapiro doesn't rate Pompey as highly as the previous regime. Different eyes, different evaluation. Regardless, Pompey has the odds stacked against him. I wish him nothing but good things. I'm pulling for him.

Todd Zolecki  was the first to report that Roy Halladay may be close to having a role inside the Phillies organization. You have no idea how it pains me to type that. Fuckity, fuck, fuck. The Jays have a few alumni, Devon White, Pat Hentgen, Roberto Alomar as coaches and ambassadors, I don't understand why Shapiro would let Halladay slip through his fingers. Halladay even signed a one day contract so he could officially retire as a Blue Jay. Could there be demands from Halladay that prevent Shapiro from hiring him? The hiring of Doc seems like a no brainer so there's got to be another side to this story.

Devon Travis still hasn't gotten into any spring training games. There's a month left before the regular season begins but that bone bruise he received way back in October hasn't fully healed. He did have surgery on his meniscus which has healed but the 4 month old bone bruise is being stubborn. I don't want to see him rushed but the gap between Travis and the other options for lead off hitter is wide.

Rule 5 draftee Glenn Sparkman injured his thumb and it's still too early to determine how long it'll be before he returns. I wondered what this does to his rule 5 status? I posed this question in BJN's comment section. Stoeten replied, after doing the heavy lifting that I was too lazy to do. with an addendum to his original post explaining that Sparkman needs to be on the active 25 man for 90 days or get offered back. The Jays can't just stash him on the DL and keep him.