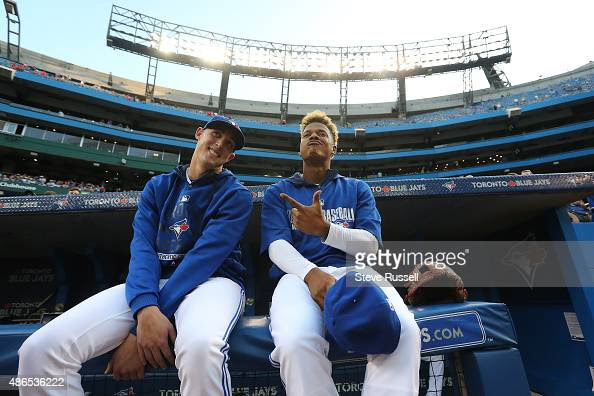 Every year, we see teams hunting for every possible hidden advantage they can find. The Red Sox often look for right-handed power to take advantage of their wonky park dimensions. The Yankees do the same from the other side of the plate to maximize their Little League right field. Teams in homerun-suppressing stadiums can load their rotation with extreme fly-ball pitchers, and teams with smaller outfields can afford outfielders with less range.

While the Skydome hasn’t had an extreme effect on offense one way or the other in recent seasons, the Jays new, slower infield turf has provided the team a bit of a hidden advantage of their own, and it’s one that the players on the roster are perfectly suited to take advantage of again this year.

The Jays 2B, 3B, and SS defense is outstanding. Averaging out teams’ 2016 UZR and DRS at those positions, the Jays rank fifth overall and are the only team to rank in the top ten at all three positions. 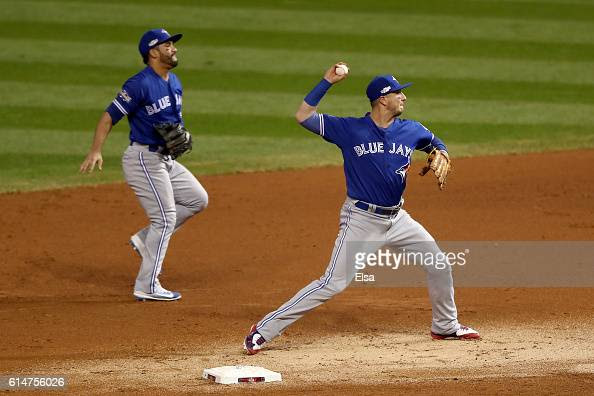 Of course, the best way to take advantage of a trio of outstanding defenders is to give them every possible opportunity to shine.

Among the 163 active starters with at least 200 career innings, Stroman and Sanchez are second and seventh in groundball rate. Last year alone, they were first and fifth at 60.1% and 54.4% respectively. These guys aren’t just good at generating ground balls; they’re the elite of the elite. (It’s also worth noting that Francisco Liriano finished just outside the top ten last year at 52%.)

So the team has turf that slows the ball down (source: Buck Showalter), a trio of outstanding defenders on the infield, and a trio of outstanding ground-ball generators in the rotation. Each of those attributes on their own provide a lot of value, but the combination just might make the Jays an elite run-prevention team. On average, pitchers around the league allow a .236 batting average on ground balls (and most of those, understandably, are singles, leading to a paltry .491 OPS). Keeping the ball on the ground is an effective way of limiting damage, and it’s made all the more valuable by doing so with an elite group of defenders behind you.

This brings us to Justin Smoak.

Justin Smoak is not elite at anything. Thus far in his career, Smoak has been pretty mediocre. He strikes out a lot, walks a lot, and hits for a lot of power, and he’s settled in as a slightly-below-average offensive player the last couple years. As a first baseman, that’s not good enough for a player to be more than a backup and, ideally that’s exactly what he’ll be this year.

But what if he contributes to that defensive synergy? What if his ability to scoop the ball and reach potentially errant throws plays up by giving him a ton of opportunities? First base defense has never been valued particularly highly (and Smoak’s advanced stats don’t quite match his reputation as an excellent defender at the position) but what if you’ve assembled a team that’s perfectly suited to make sure the guy playing the position gets the ball far more often than you would normally expect?


We see discussions about synergy in other aspects of roster construction all the time. We see it in our desire for someone with a high OBP to bat in front of the mid-lineup sluggers. We see it when teams alternate righties and lefties in their lineup to neutralize the opponent’s bullpen specialist. We see it every time Kevin Pillar masks someone else’s defensive deficiencies. We’ve watched it play out the last few years with fireballers coming into the game after an R.A. Dickey start. Sometimes, finding hidden value is about putting players in a situation that highlights their strengths and give them every opportunity to put them to use.
Posted by TimD at 7:00:00 AM