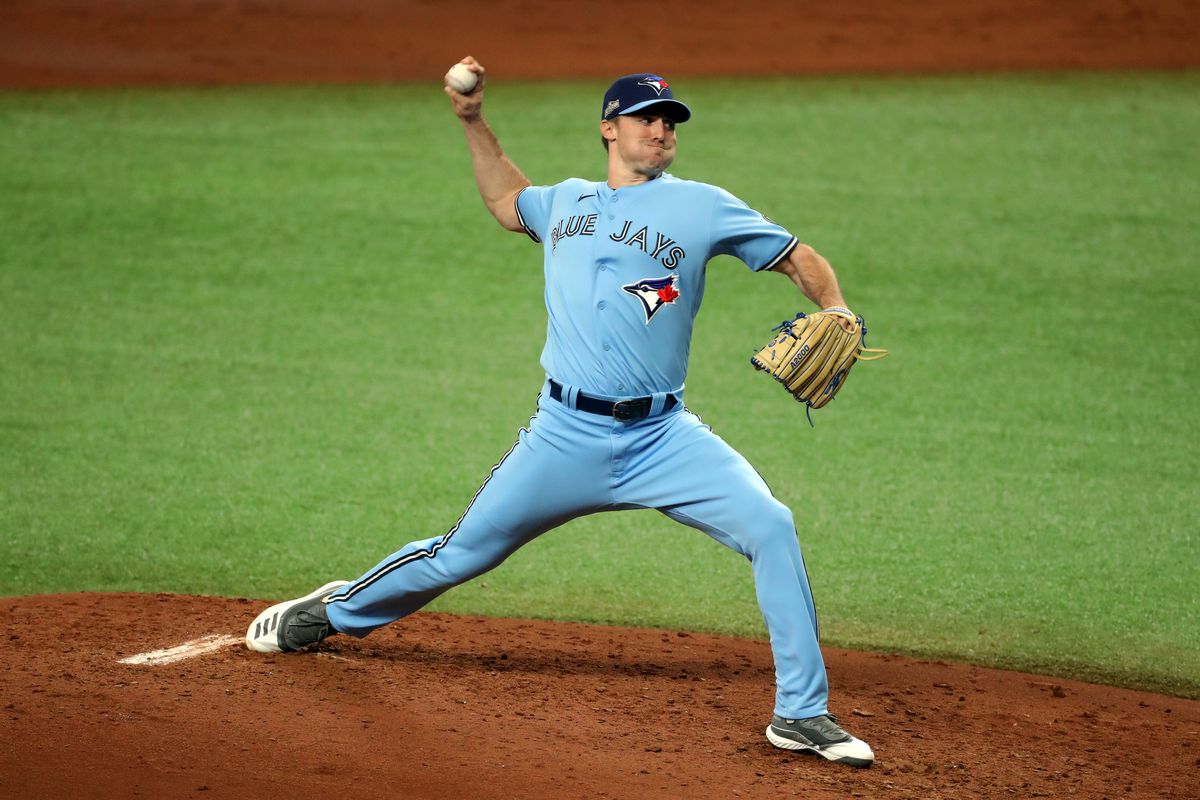 Ross Stripling threw 6.2 strong innings in a 3-2 loss to the Yankees

After the bullpen blew another lead, the Blue Jays were back at it and trying to snap a two-game skid. With a win, the Blue Jays would take over 3rd place in the AL East. It was going to be an interesting day for Blue Jays batters, who faced Gerritt Cole, a pitcher expected to be especially affected by the crackdown on the use of foreign substances on baseballs. Next week, pitchers caught using foreign substances could face 10 game suspensions. Carl Edward Jr. was placed on the 10-day IL with an oblique strain. Travis Bergen and Patrick Murphy were both reinstated from the 60-day IL. Ross Stripling started for the Blue Jays. Reese McGuire was behind the plate. Bo Bichette was back in the field after DH'ing yesterday. Lourdes Gurriel Jr. got the half day off as DH with Teoscar Hernandez in LF, Randal Grichuk in CF and Cavan Biggio in RF. Joe Panik was at the hot corner. Could the Blue Jays snap the two-game losing streak? Here is today's game recap.